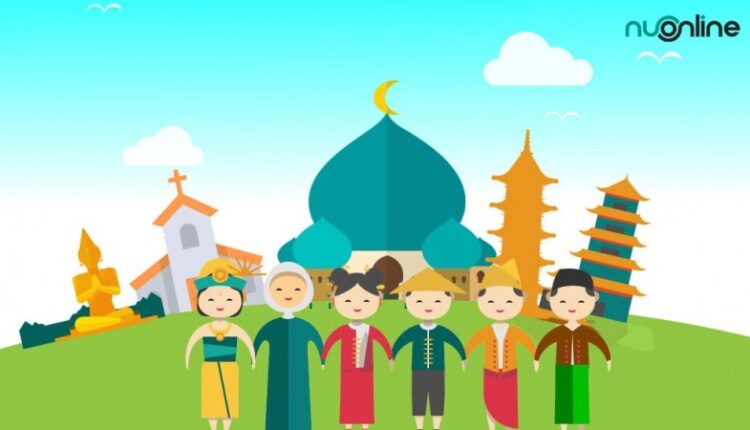 Indonesia is a pluralistic country, consisting of many tribes and beliefs. There are 6 religions recognized by the state, and we are encouraged to succeed in religious moderation. The reason is that if someone is too fanatical and attacks people with other beliefs, it will cause the collapse of unity and disrupt peace in this country.

We are used to living in harmony and coexistence between religious communities, because since childhood we are taught to be patient and respect each other. The trick is to have a good relationship with each other, not looking at their beliefs. So that relations between people are well maintained and there is no war, which is caused by certain sentiments.

However, recently there have been individuals who like to throw bad news. They are trying to break the peace in Indonesia, with the aim of getting sympathy from one side. In fact, their actions are terrible, because they can cause division and chaos in Indonesia. After all, not united we stand, divided we fall?

In order to avoid wars between people in Indonesia, we should succeed in religious moderation. Religious moderation is a way of looking at religion in a moderate manner. That is understanding and practicing religious teachings without being extreme, both right and left. So that there is a balance and we can understand each other, without having to make a fuss, especially before the holidays of people with other beliefs.

An example of religious moderation is respecting friends of other faiths, without demeaning them at all. For example, in the office, a team is selected for external service based on their skills, not their beliefs. Everyone gets a fair share and there is no favoritism because they don’t have the same beliefs as the boss.

In addition, religious moderation is carried out with tolerance and empathy. For example, when an employee wears a headscarf, the HRD office does not prohibit it. There is no prohibition against wearing religious symbols in the workplace. In addition, if there are employees who apply for additional leave to celebrate the big day of their faith, they will be granted.

On the other hand, there are teachings of radicalism that ignite the fire of hostility and destroy religious moderation. Extremism, radicalism, hate speech, to the fracture of relations between people are the problems faced by society lately. So we must be vigilant and not be influenced by the persuasion of radicals.

Radicalism is indeed a frightening specter when one group touts its superiority and then demeans the others. The problem is, they don’t understand that Indonesia is a pluralistic country. How can they be respected if they label people of other faiths with negative names? So radicalism should be wary of because it brings us to the brink of division.

The government has intensified the eradication of radicalism and radical mass organizations have been suspended since 2 years ago. The goal is that they cannot recruit more members, and are expected to leave Indonesia soon. The reason is because they fail to define peace and pluralism in this country.

#The Success of Religious Moderation in Indonesia
42
Share FacebookTwitterGoogle+WhatsAppEmailTelegramLINEBlackBerryPrint