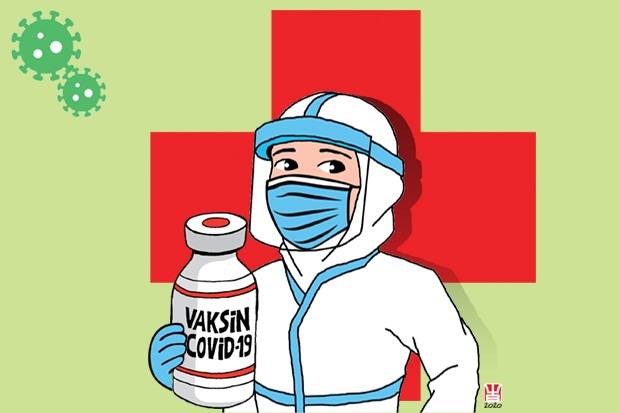 The government plans to accelerate the delivery of a Covid-19 booster vaccine in early January 2022. This step has received public appreciation for strengthening immunity to face Omicron.

The Omicron variant has arrived in Indonesia, this of course makes us have to remain vigilant and disciplined about health protocols (prokes). Meanwhile, President Joko Widodo has decided that the third vaccination or booster vaccination will be carried out starting January 12, 2022.

This information was conveyed by the Minister of Health Budi Gunadi Sadikin according to a limited meeting on the evaluation of PPKM with President Joko Widodo at the Presidential Palace Complex.

Budi said, the Booster Vaccination has been decided by the President and will be carried out on January 12, this booster vaccine will be given to adults over 18 years old in accordance with WHO recommendations and will be given to districts/cities that have met the criteria for 70% first injection and 60% for the second injection.

So far, there are 244 regencies/cities that have met these criteria. Budi also added that the Booster vaccination will also be given for a period of more than 6 months after the second dose.

He also hoped that a decision would be made on the 10th after the recommendations from the Indonesia Technical Advisory Group on Immunization (ITAGI) and the Food and Drug Supervisory Agency (BPOM) were issued. Regarding the stock of vaccines, Budi said that currently the availability of vaccines on hand is 39 million doses.

Spokesperson for Vaccination of the Ministry of Health, Siti Nadia Tarmizi, said that giving booster vaccinations will prioritize the elderly or the elderly. The elderly are one of the people who are included in the category of recipients of free booster vaccines in addition to BPJS PBI participants.

However, based on the regulation signed by the Minister of Health Budi Gunadi Sadikin on May 1, 2021, in the First Dictum, the Sinopharm vaccine price was set at IDR 321,660 per dose. This figure is added by Rp. 117,910 per dose as vaccination service fee. Meanwhile, with regard to clinical trials, Spokesperson for the Covid-19 Task Force, Wiku Adisasmito, said that no indications of severe AEFIs were found.

Furthermore. Wiku said that it is recommended that the injection of the third vaccination be within 6 months after the second dose is injected. It is important to note that all cases of the Omicron variant of the corona virus were experienced by migrants who traveled from abroad and were detected during quarantine. So it is important that as long as the booster vaccine is rolled out and the Omicron variant is still spreading, it is appropriate for people to postpone their overseas trips.

Booster vaccines, also known as vaccine boosters, are additional vaccine doses that aim to provide extra protection against disease because the effects of some vaccines may decrease over time. Booster vaccines are commonly given for viral infections such as tetanus, diphtheria and pertussis (DtaP) which require a booster every 10 years.

Giving a booster vaccine will help the immune system remember the virus that causes the disease. If the body is re-exposed to the virus, antibodies can recognize and kill it before it causes damage.

Professor of Medicine at Columbia Mailman School of Public Health said booster vaccines may be most beneficial for people with certain medical conditions. On the other hand, booster vaccines are also needed to strengthen antibodies against new variants. With the Omicron variant of the corona virus in Indonesia, of course, health protocols must continue to be carried out accompanied by compliance with vaccinations.

The Covid-19 Booster Vaccination Is Given For Free