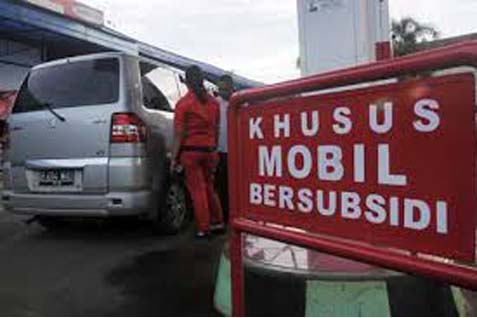 Jayapura – Young Papuan leader Steve Mara said that the current government’s fuel price adjustment was correct. This is done by the government so that it can provide direct cash assistance to people who are prioritized to receive assistance. In addition, one of the reasons for the fuel price adjustment is that the government has shifted the use of fuel subsidy funds to the use of targeted funds.

This was revealed by Steve Mara while in Jayapura on Saturday 10/9/2022.

According to Steve Mara, this is done by the government to fulfill the 5th precept of Pancasila, namely social justice for all Indonesian people. So far, the subsidies provided by the government to ease the burden on small communities in Indonesia are actually enjoyed by people with above average abilities.

We can count how many Indonesians use motorbikes and cars. There are more motorcycle users in Indonesia than cars, but more fuel is used for cars. This means that people with above-average abilities who use cars enjoy more subsidies that are intended for the poor, said the head of the Papua Province LIRA DPW.

Another comparison is the use of fuel for business. Large-scale companies need thousands of liters of fuel every day compared to small businesses. This means that large companies can be said to be enjoying subsidized fuel which is intended for the poor, said Steve.

That way we have to agree that the government should adjust the subsidy for fuel and replace it by providing direct cash assistance to the poor so that its use can be right on target, said the chairman of the Defense Division of the KNPI DPP.
In addition, if we look at the subsidies given by the government every year there is an increase and the burden is borne by our state budget, such as diesel fuel, the old price of Rp. 5.150 new price Rp. 6,800 while the economic figure is Rp. 13,950. Pertalite old price Rp.7,650 new price Rp. 10,000 while based on the economic value it is Rp. 14,450. so there is still a gap and the government still bears the subsidy from the new price, said Steve Mara.

From the other side, we can see that the current rupiah exchange rate has weakened to around Rp. 14,833 per dollar and world oil prices continue to adjust to an average of USD 97 per barrel, so subsidies will continue to soar. The initial subsidy was in the range of Rp. 152 Trillion currently jumped to Rp. 502 Trillion even the Minister of Finance said the subsidy would increase to Rp. 653 Trillion, said a young Papuan leader.

Steve Mara invites young people not to take actions that are detrimental to themselves and the interests of many people, especially during this fuel adjustment period, we may criticize policies, but let’s use logical reasons in intelligent and dignified ways.

The Transfer of Fuel Subsidy Increases Justice and People’s Welfare