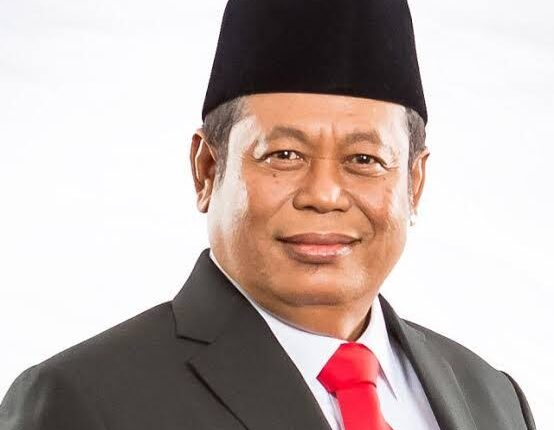 Deputy Chairman of the MUI: Living in Harmony in the Middle of Diversity is Part of Muamalah

Jakarta – Deputy Chairman of the Indonesian Ulema Council (MUI), Dr. KH. Marsudi Syuhud stated that citizen collaboration in this Christmas momentum is very important. The collaboration in question is about how we as religious people can get together and do something that is needed for one another.

According to him, this is part of the Muamalah category.

“Muamalah is doing a joint effort for the common good that does not look at religious barriers,” said this Kebumen-born Kiai.

Indonesian Muslims as Muslims, nation and state in Indonesia have received a direct example from the attitude of the Prophet Muhammad who lived as a nation and state in Medina. He lives together among religious people from Islam, Zoroastrianism, Christianity and Judaism can agree to live together united in mutual cooperation.

KH. Marsudi Syuhud explained that Banser’s involvement in securing Christmas, for example, was not because of an unsafe situation, but to help protect life together because we live together, so that we are both comfortable, comfortable and bored.

Regarding the importance of maintaining harmony in the midst of Christmas and New Year as well as the Political Year and even other years, he emphasized that the most important thing is to become a united nation bound by togetherness.

“Because we have united with the agreement, this is where we follow the existing rules. We can be harmonious if we are orderly. We can be orderly, if we all follow the rules,” he concluded.

With this, he believes Indonesia will be peaceful and comfortable. As a nation is governed by rules, so when it comes to Christmas, New Years, and the Political Year, the most important thing is to have morals that comply with the rules. Then of course there will be no more violations such as spreading hoaxes, or other prohibitions.

“We must be grateful, because Indonesia is a civilized country. See how other countries are at war with their own people. So this is the importance of us having a discussion, there is a common space between fellow religious people so that they forgive each other. Make Indonesia a big home,” said KH. Marsudi Syuhud in one of the discussion events on Saturday (24/12).

Furthermore, KH. Marsudi Syuhud explained that this Christmas will be Christmas after the Covid-19 pandemic, but his party appealed that disease will continue, so it is the people’s obligation to distance themselves from epidemics and diseases.

“We don’t come close to harm, so don’t shake hands first if it causes transmission of the virus. Protecting the soul is most important as a religious community, and health is part of protecting the soul,” he added.

The Deputy Chairman of the MUI also stated that the MUI has a role in maintaining Kamtibmas.

“The clerics, ustadz, from the center to the villages, together with the community can understand the rights of neighbours, the rights of the nation, family and friends. Today we honor Christmas. Neighbors need to respect each other. Because of that, it is important for us to maintain our daily or muamalah behavior, so that we are both comfortable,” he said.

According to KH. Marsudi Syuhud regarding wishing Merry Christmas some say it is permissible or not, that is an opinion. The important thing is to respect each other and maintain harmonization and without demanding each other. Always say good.

He also emphasized that differences are mercy.

“We are looking for mercy (comfort in the heart) not exploring differences by bringing up bad things. Take good care of each other’s life,” he added.

Last message, KH. Marsudi Syuhud reminded that the most expensive thing is harmony.

“Rasulullah has reminded the people that hospitality can increase their fortune, connectivity one and another. Gathering is not limited by a particular religion. Wherever you are, you can still stay in touch with your neighbors. Especially as a nation, stay united, provide space for discussion, forgive each other, and don’t look for issues that trigger conflict. Insha Allah, 2024 Indonesia can be resilient when faced with various situations because we can stay united,” he concluded. []