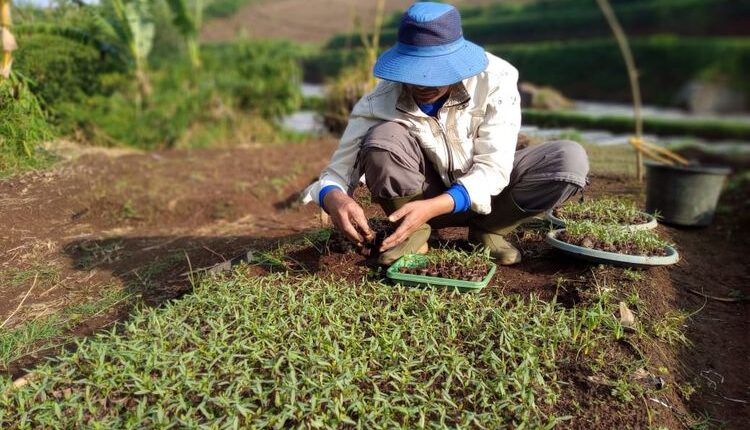 The government continues to optimize the management of Natural Resources (SDA) in Indonesia. The management is a constitutional mandate and an effort to realize people’s welfare.

Natural Resources (SDA) in Indonesia is known to be rich and abundant. Referring to the 1945 Constitution of the Republic of Indonesia, article 33 (3) states that “Earth, water and natural resources contained therein are controlled by the state and used for the greatest prosperity of the people.

Allocating the results of natural resources for the benefit of the community is part of the government’s alignment with the interests of the community, for example to help provide assistance with new electricity connections and provide affordable electricity rates for all Indonesian people.

In addition, resources in the fisheries sector can also be utilized by the community, for example by fishing activities, as well as selling marine biota whose profits can be used to make a living.

As a maritime country with a long coastline, Indonesia has wealth in the fisheries sector. This sector is of course believed to be able to build the economy in Indonesia, especially in coastal areas.

The Minister of Maritime Affairs and Fisheries of the Republic of Indonesia, Sakti Wahyu Trenggono, signed a joint agreement on regional development cooperation carried out by 6 regions. The cooperation in the six regions covers the provinces of North Sulawesi, Gorontalo, Maluku, North Maluku, Papua and West Papua. Wahyu said that the sustainable management of the marine and fisheries sector in the region does require harmonization and synchronization in terms of authority to supervision.

In managing the marine and fisheries sector, Indonesia will implement a measured fishing policy with the aim of preserving the ecology as well as providing an even distribution of economic growth.

The Ministry of Maritime Affairs and Fisheries (KKP) also invites regional stakeholders to strengthen synergies and collaborations so that marine and fishery resources can be enjoyed for a long time.

“I hope that those who have been together can provide many benefits for the community and make a major contribution to national economic growth,” Wahyu said.

Meanwhile, President Joko Widodo (Jokowi) also requested that natural resource management be carried out in a sustainable manner. Included in economic activities such as fishing. Balance is needed so that the sustainability of resources can continue to be utilized with optimal results.

One of the things that Jokowi has pushed for fishing is the implementation of measured fishing. So that fishing is not carried out excessively and ensures the sustainability of the fishery.

Jokowi said fishing must be done wisely. The prohibition of fishing is not considered a solution to preserve sustainability.

On a different occasion, SOE Minister Erick Thohir emphasized that natural resources should be used for Indonesia’s economic growth, not for other countries.

Erick also added that the invaders who came to Indonesia only took Indonesia’s natural resources such as nutmeg and tobacco, were not processed in Indonesia, did not create employment opportunities in Indonesia, and did not even create ecosystems from upstream to downstream.

Meanwhile, the Management of Natural Resources (SDA) in Indonesia should provide added value to the community’s economy. This goal has become the mission of the Minister of Energy and Mineral Resources (ESDM) Arifin Tasrif.

Through increasing added value, the Ministry of Energy and Mineral Resources will contribute to increasing the country’s foreign exchange so as to be able to support the pace of economic growth.

In the oil and gas sub-sector, Indonesia’s currently recorded oil reserves are 3.8 billion barrels. Then, the remaining 74 basins that have not been explored have a potential of 7.5 billion barrels.

Meanwhile, nickel reserves are 3.57 billion tons with an additional production of 17 million tons of ore per year. Reserve life based on ore production is 184 years.

In Law number 4 of 2009 concerning Mineral and Coal mining, the Act requires that mineral management should not be carried out only by exporting raw materials, but must be processed domestically so that it can provide added economic value for the state, environmental management and community welfare.