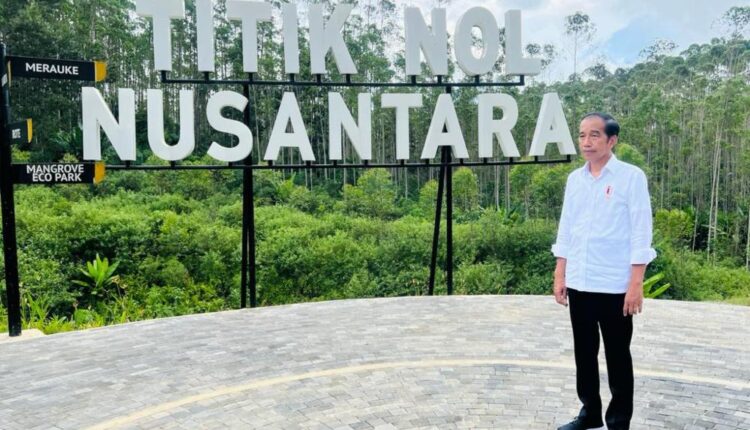 The construction of the National Capital City (IKN) in East Kalimantan has been able to attract investors both from within the country and abroad. The Minister of National Development Planning/Head of Bappenas, Suharso Monoarfa, stated that an investor has entered into an agreement on the Nusantara Capital City (IKN) development project. There are investors from within and outside the country.

On the occasion of the press conference on the Financial Notes and the 2023 State Budget Bill, Suharso said that many investors were interested in investing in IKN. There are around 10 domestic investors, possibly around 3 investors from abroad. But arriving at an agreement takes a long time, the article needs to be evaluated and reviewed again.

Suharso also explained that in 2023 the budget allocation for the IKN will be allocated to the relevant Ministries/Institutions, including the Ministry of PUPR, Ministry of Transportation, KLHK, to BKPM with a total of 23.5 trillion.

Previously, President Jokowi had said that the construction of IKN would at least cost up to Rp. 466 trillion and would be completed in 15-20 years. Of this portion, 19-20 percent is taken from APBN funds and the rest can be through PPP schemes, PPPs, investors and other instruments outside the APBN.

The total budget for the construction of the Nusantara National Institute of Public Administration which uses a special APBN instrument for the development of the Central Government Core Areas (KIPP) in 2022-2024 is IDR 43 trillion.

On another occasion, the Head of the IKN Authority Body, Bambang Susantono, revealed that the government was preparing three things related to the construction of the IKN. So that in order to build IKN cities, they are not only livable but also loved.

Bambang explained, these three things are the draft government regulation (RPP) related to incentives for business actors and investors who will do business at the IKN, then the establishment of a Business Entity Owned by the IKN Authority, as well as the implementation of market taxes.

His party also wants that in 2024 a comprehensive ecosystem will be formed and also make the city a livable city.

He added that there would be several fiscal and non-fiscal incentives designed with the Ministry of Investment/BKPM, the Ministry of Finance, Bappenas/PPN, and other stakeholders. So that investors can later invest capital to do business at IKN Nusantara as well as possible.

For this reason, all parties are expected to participate in investing because all have the same opportunity to contribute, bearing in mind that this is the duty of the Authority to facilitate anyone who wants to invest.

Chairman of the Indonesian Chamber of Commerce and Industry Arsjad Rasjid appreciated the government’s move by preparing various facilities for entrepreneurs and investors to be interested in investing in IKN Nusantara.

He also believes that the private sector should take advantage of opportunities for trade, investment and the development of new areas in IKN Nusantara. He sees many opportunities that investors can work on, for example in the health and wellness services sector, green housing and commercial buildings, world-class educational centers, sustainable energy ecosystems.

Several foreign investors who are already interested in investing come from various countries such as China, Japan, the United States, Singapore, Malaysia, as well as several European countries and Australia.

However, the government will prioritize domestic investors. The reason is that foreign investors have many considerations, one of which is security business. Meanwhile, domestic investors are considered ‘easier’ and understand very well about the project.

Investment in the Nusantara National Institute of Industry will continue because its development applies the smart city concept in accordance with the SDGs principles.

For information, the government has initiated the IKN plan since 2019. The choice of East Kalimantan as the IKN of course has considerations, namely the enormous potential as a national development capital to its very strategic location.

Ratification of the Criminal Code Does Not Contrary to Democracy