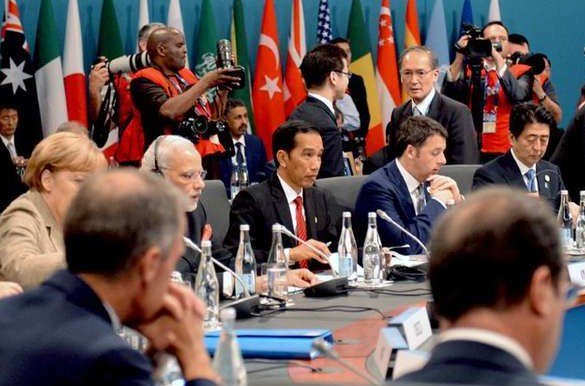 Indonesia has a foreign policy that is free and active, making it easier to be accepted in the world community. On the other hand, the public also appreciates the efforts to enforce Human Rights (HAM) which the Government is currently pursuing.

In addition to having a domestic political policy, Indonesia also has a free and active foreign policy. This has been proclaimed since the New Order era, so that we can determine our attitude in international forums and not get carried away in the flow of association. Determination of this attitude is important because some countries have made certain camps, because they have similarities.

The government does not take sides with one particular bloc. Even Indonesia has hosted the non-aligned movement and has a position that is respected by other countries. Both by countries within the non-aligned movement and by non-members. Free and active politics means that the government is free to determine its attitude and policy towards international problems and does not bind itself a priori to world powers and actively.

Foreign policy is very important, especially in international relations. For example, in forums such as the UN session, representatives of the Indonesian government meet with representatives of other countries. When someone ‘nudges’, then with the principle of being free and active, we can act freely without having to duck, and actively affirm the principle of the state.

At several UN sessions, an archipelagic country called Vanuatu had satirized Indonesia for not giving Papuan people human rights. In a sense, they support the referendum and indirectly want to embarrass the Indonesian government in international forums.

However, representatives of the Indonesian government immediately objected. The third secretary of the Indonesian Ministry of Foreign Affairs, Sindy Nur Fitri, stated that Vanuatu had made false, baseless and even false accusations about Papua. Human rights issues on Cendrawasih Earth have been twisted, because the facts are not like that.

Sindy added, it should be the rebels (KST and OPM) in Papua who are being questioned for violating human rights. They have carried out various terrors and threatened the safety of Papuans, even to the point of fatalities. Both from civilians and officers.

If this is the case, then it is clear that KST and OPM are guilty of major human rights violations, because the murder case is a heinous violation of human rights. However, they are instead playing the victim by accusing the Indonesian government, then seeking support from other countries such as Vanuatu. Whereas Vauatu itself has no right at all to interfere in Indonesia’s internal affairs, let alone complain to the United Nations.

Human rights violations in Papua are indeed problematic because the Indonesian government is accused of not giving the Papuan people independence. In fact, only the OPM and KST asked for a referendum, which did not represent the voice of the people on Earth of Cendrawasih.

The government remains firm if anyone mentions Papua. It is better for outsiders to think before they speak, than to accuse and end up humiliating themselves. Learn about the history of the entry of Papua as a province in Indonesia, and it is legal because it is in accordance with international law.

The public fully supports Indonesia’s free and active foreign policy. Free in the sense of having an opinion without any pressure from outsiders, because indeed we do not side with one particular bloc. Actively argue and defend their arguments in international forums, especially when human rights issues are being discussed.