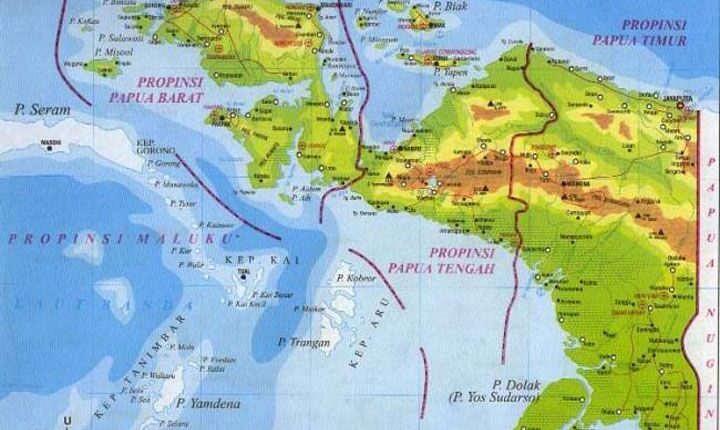 The DPR has officially ratified the New Autonomous Region (DOB) of Papua. The existence of Papua New Guinea is the Government’s effort to realize the welfare of the people while strengthening national integration.

Moeldoko as the Chief of Staff to the President of the Republic of Indonesia stated that the implementation of the Papua New Guinea was part of the government’s efforts to prosper the Papuan people. According to him, those who oppose the Papua New Guinea by violent means are those who do not want this welfare acceleration program to succeed.

Moeldoko said that the general public and Nduga basically want a peaceful and prosperous life, they don’t want to be involved in armed crimes that are often carried out by terrorist separatist groups (KST).

Moeldoko claims the establishment of a New Autonomous Region (DOB) in Papua is what the community wants. According to him, by dividing Papua into Central Papua, Mountains Papua and South Papua, it will bring public services closer to the community.

Not only through DOB, Moeldoko stated that President Jokowi’s government has issued many policies to improve the welfare of the Papuan people. One of them is the presidential instruction regarding the acceleration of welfare development in Papua and West Papua.

Moeldoko said that the government continues to be serious in paying attention to the welfare and progress of the people in the Papua region, the evidence is in Presidential Instruction Number 9 of 2020 concerning the acceleration of welfare development in Papua and West Papua and is commanded by the Vice President directly.

In addition, Moeldoko also mentioned the issue of Law Number 2 of 2021 concerning Papua’s special autonomy. According to him, the law emphasizes an increase in special autonomy funds, improved governance, and increased participation of indigenous peoples and women.

Furthermore, Sebby urged President Jokowi and the Indonesian House of Representatives to revoke the Papua New Guinea law. He threatened OPM to kill any foreigners who entered Papuan territory.

Moeldoko strongly condemns the criminal act. Moeldoko stated that what the OPM did was because they were afraid that the welfare program designed by the current government would succeed and they would lose their influence. He also expressed his strong protest over the incident and said that the government would begin to take firm action against the OPM. This affirmation is important, so that there is no wrong perception of the actions of the security forces that will be carried out.

We need to know that the main task of the government is to provide the best, fast and precise service to the people. The government will also strive to enable the people to quickly develop according to the times and provide various facilities and infrastructure, including infrastructure, to support the acceleration of people’s welfare.

From the point of view of government services, of course the expansion of Papua Province is important, so that control is much easier. Just imagine, Java Island, which is only a third of the area of ​​Papua Island, actually has six provinces, although in terms of population density, it is much higher.

In the 19th Plenary Session during the session IV of the 2021-2022 Session Year, Tuesday, the DPR approved three bills for new autonomous regions in Papua to be proposed by the DPR.

The Minister of Home Affairs (Mendagri) Tito Karnavian hopes that all parties can accept this for the progress of Papua’s development. Tito felt grateful for the passing of the bill. He emphasized that the drafting of this bill had gone through a long process, including capturing the aspirations of the people.

The former National Police Chief also explicitly said that development for the welfare of the community, especially Papuan Indigenous People (OAP) has long been part of the spirit of drafting this bill. He also said that the proposal for expansion in Papua came from the aspirations of the Papuan people, both regional heads, traditional leaders, religious leaders, women leaders.

This aspiration was also conveyed by youth leaders in the South Papua region (Anim Ha). Papua Mountains (Lapago), and Central Papua (Mee Pago). The aspiration was directly accepted by the president, vice president, DPR RI and other related parties.

The formation of new autonomous regions in Papua seems to have received a commitment from the Association of Mountain Regents. This commitment has received thanks from John Wempi Wetipo as Deputy Minister of Home Affairs (Wamendagri).

Wempi said that the regents’ commitment was evident from their success