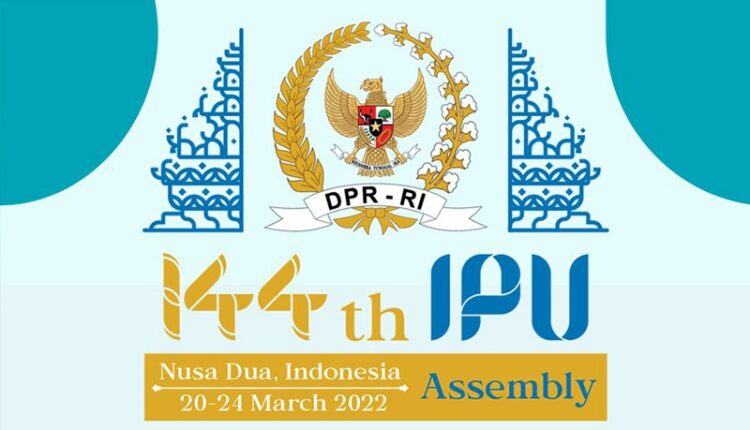 Not Only Foreign Delegates, Netizens Also Appreciate the 144th IPU Implementation in Bali

The 144th Inter-Parliamentary Union (IPU) which was held in Nusa Dua, Bali from 19 to 24 March 2022, was finally successfully held. Of course, this makes us even more proud because we have succeeded in proving in the eyes of the world that Indonesia is also worthy to be seen. It was even stated by Putu Supadma as Deputy Chair of the House of Representatives’ Inter-Parliamentary Cooperation Agency (BKSAP) that various parties from the world’s Parliamentary Delegations also gave their appreciation.

Starting from how the trial was conducted to the services that have been provided by all staff and the hospitality of all parties organizing the 144th IPU, in fact, they were able to make Foreign Delegates fall in love. Unmitigated, some even stated that the results of the dialogue that had been carried out in the trial turned out to be the best during the IPU event.

There are various reasons that we can be proud of. At least the first thing that managed to captivate the hearts of the foreign delegates was because indeed Bali has presented a very good tourist destination even for the international class. In addition, there are also many meanings and very interesting issues in the discussion during the trial. Indonesia’s future target, as explained by Putu, is to continue to oversee issues related to peace in Eastern Europe, namely the conflict between Russia and Ukraine.

Even though it was carried out in the midst of the Covid-19 pandemic, it turned out that very good impressions were continuously expressed from various countries because the entire implementation of the 144th IPU was in full accordance with the previously planned plans. It is undeniable that Indonesia has in fact succeeded in proving the security and safety of all trial participants with this excellent pandemic control.

Duarte Pacheco as President of IPU also expressed his appreciation to Indonesia. For him we have very experience to hold various kinds of activities at the international level. Regarding the very good handling of the pandemic, he also briefly compared the fate of Portugal, which used to have a tourist number of around 24 million people, but after the Covid-19 pandemic there were only about 2 million people left.

Not only came from foreign delegates, but also many appreciations were expressed from within the country. As citizens, many Indonesians also gave their enthusiasm and great appreciation for the success of the 144th IPU trial. Even the hashtag #PuanPemimpinKita was very lively discussed by netizens via Twitter with many positive comments. Some of them said that Puan had been considered successful in representing the feelings of the Indonesian people through the many ideas she put forward on global issues.

Starting from the issue of environmental issues, climate change, gender equality to the role of youth leadership has also been expressed in his ideas. In particular, regarding the encouragement of the Indonesian Parliament to the world to better accommodate the voices of young people, it has become the focus of many netizens on social media. Of course, with the right accommodation from the voices of young people, they can bring their aspirations as the next generation and make changes for the better in the world.

Another appreciation also came from Sultan B Najamudins, Deputy Speaker of the Indonesian House of Representatives, who highlighted how Indonesia’s idea was to continue to encourage world parliaments to spread a culture of peace through Puan Maharani’s speech. For him the call is not spoken much even from the mouths of world leaders today. Of course, this is because there has been geopolitical polarization which has pushed the egos of the leaders so that it seems that they do not have a strong commitment and determination to encourage world peace.

)* The author is an Alumni of Airlangga University