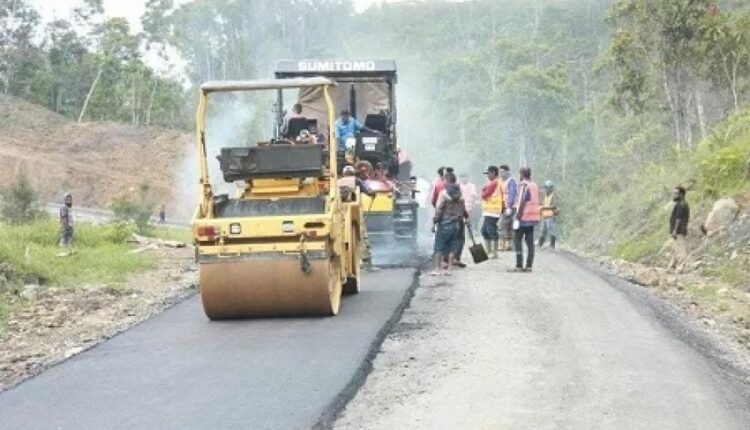 The community responded positively to infrastructure development in Papua. The existence of these various infrastructures is a blessing for the Papuan people because it facilitates activities and encourages regional progress.

What do you remember about Papua? Besides being known as the dani tribe, noken, honai traditional houses, and traditional communities, currently Bumi Cendrawasih is also known as the Trans Papua Road. Since a few years ago, development in Papua has been accelerating, especially in terms of infrastructure. Large buildings such as Youtefa Bridge and Sentani International Airport appeared.

The people of Bumi Cendrawasih responded positively to the rapid development of infrastructure in their area. First, they are happy because there is no longer synonymous with backwardness, because modernity continues to be improved for the progress of Papua. It is sad that in the past, there were those who thought that in Papua there were only mountains and virgin forests, even though modernity was so fast.

The image of Papua immediately changed when the XX Sports Week (PON) was held there. In the national level competition held last year, many representative and modern venues were shown, from swimming pools to race tracks. The Papua Bangkit Stadium (Lukas Enembe stadium) is also a concern because it is the venue for the opening of the XX PON.

People all over Indonesia, and even around the world, see the Papua Bangkit stadium as majestic and becoming the largest in Eastern Indonesia. Uniquely, the stadium is designed with a typical Indonesian architecture, with the addition of traditional Papuan carving ornaments. With these ornaments, Papuan characteristics are shown in a stadium that is the pride of its people.

Second, with a lot of infrastructure being built, of course, the community will benefit. For example, in the Papua Bangkit Stadium, post-PON XX can still be used, for example for football matches (Persipura Jayapura), athletics, or other sports that can be held in it. The audience is no longer crammed into the Mandala Stadium, but can watch their favorite team at the Papua Bangkit Stadium.

If there is a Papua Bangkit Stadium, it can also be used by the Papuan people to exercise, for example on Sunday mornings. They can jog or just take a leisurely walk to get sweat and get fitter. The stadium is not only a display but is very useful for the benefit of the Papuan people.

When there are many jogging around the Papua Bangkit Stadium, it can increase the economic value of the surrounding community. They can sell mineral water, iced tea, or bread and other foods, so residents who have finished exercising can immediately rest while having breakfast. With this infrastructure development, it has many benefits, not only in the field of sports.

While the third, a building resulting from an infrastructure project can also be used as a tourist attraction, for example on the Youtefa Bridge. This dashing and red bridge is in demand by many local and foreign tourists. So that the income from the Papuan government will increase because the tourism sector also increases.

The government really intends to develop Papua through its infrastructure and all these projects for the betterment of people’s lives. Civilians on the Earth of Cendrawasih are also grateful because they are highly cared for by the government, especially in the era of President Jokowi.

The people on Earth of Cendrawasih are very grateful for the rapid development in Papua and West Papua because they can use it to exercise, add economic value, and improve the tourism sector. This proves that infrastructure development is beneficial for the Papuan people, not just a show off.

Intolerance has no place in Indonesia