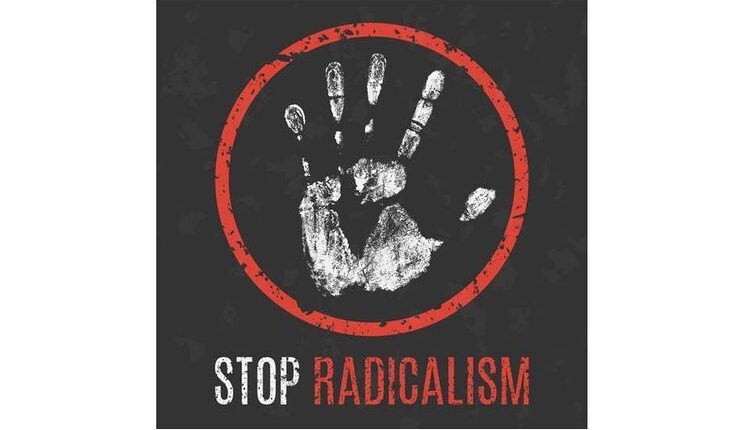 2023-2024 political year, surveys show that there is an increase in the potential for radicalism. Therefore, all elements of society must be able to unite in order to anticipate this risk so that it does not spread further in society and undermine the social order and divide the Unitary State of the Republic of Indonesia.

Soon, Indonesia will enter a political year, namely in 2023-2024. Of course, in entering the political year, there are many challenges that must be faced together or even watched out for before all the potential risks of these threats actually occur.

One of them is regarding the potential for radicalism. Regarding this matter, the Presidential Chief of Staff (KSP), Moeldoko really warned all parties because indeed the potential threat of radicalism can be said to continue to threaten, in particular radical groups will take a certain momentum to be able to divide the unity and integrity of the Unitary State of the Republic of Indonesia.

KSP Moeldoko also reminded all parties about the increased potential for radicalism, especially related to identity politics, which is very likely to continue to be rolled out as the political year approaches. How could it not be, because radicalism itself according to a survey conducted by the BNPT turned out that in 2020 alone, when Indonesia was hit by the COVID-19 pandemic, it still showed an increase of up to 14 percent.

According to Moeldoko, during the pandemic it was very anomaly for the potential for radicalism to develop, but in fact the data shows that this increase is still there. Of course for the KSP, the tendency for potential radicalism will increase sharply when entering the upcoming 2023-2024 political year.

Based on the research data, Moeldoko appealed to all parties to continue Be aware of the threat of radicalism in society. If there are people who may still have doubts about the issue of radicalism, they can directly ask the National Counterterrorism Agency (BNPT) which already has its own standards. Because indeed the potential for an increase in the movement of these radical groups is a real thing.

With the warning given by Moeldoko, the Head of BNPT Komjen Boy Rafli Amar emphasized that all of his staff always carry out prevention and mitigation regarding the potential for the spread of radicalism in Indonesia.

Not only because the political year is approaching, so far its staff has always carried out mitigation. Moreover, with the potential threat of increasing radicalism which is becoming increasingly apparent, based on the warning from the KSP which boils down to research results.

According to Komjen Boy, the warning conveyed by the KSP, that everyone may make every effort to be able to achieve whatever the goal is, especially in 2024, when the Presidential Election is held in Indonesia, namely. Not even half-hearted, the method used could have the potential to violate the law and use violence.

The momentum of the political year that this nation will soon face could become an arena for each group to actualize their respective wishes. Especially when they use methods that violate the law, of course, this can cause anxiety for the wider community.

Therefore, anticipatory efforts are indeed a very important thing to continue to be carried out by every element of society in Indonesia, so that they are not easily divided just because of their different political views. Komjem Boy explained that don’t let the commemoration of the democratic party in Indonesia cause the values of democracy itself to be tarnished because of attempts at violence that might be carried out by irresponsible parties, whether through violence in the form of words, fake news. or even in the form of real action.

Regarding the potential for violence that could arise, especially with the detection of radical views that are starting to look for the best momentum to return to their actions. The head of the BNPT also stressed that the violence that occurred could take the form of various things, including hate speech which was widely disseminated on social media, negative campaigns, and so on.

Of course, all parties do not want this potential for violence to actually occur because it will damage the dignity of democracy, which was taken away by its predecessors when they announced reforms. Therefore vigilance is indeed a very important key in this matter.

Anticipation should have been carried out jointly by all elements of Indonesian society, not only being the responsibility of certain institutional parties such as the BNPT. Because of how dangerous radicalism is if it succeeds in spreading to the public because it will disrupt social order in society, especially during crucial moments such as the 2023-2024 political year.

AMN is a means for BIN Unites Indonesia’s Young Generation