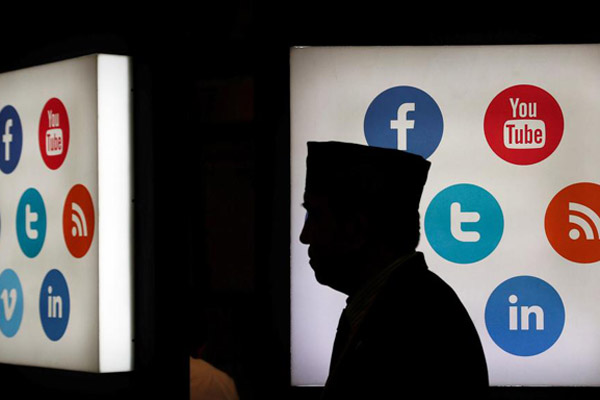 Terrorist groups still exist in Indonesia, although radical and terrorist organizations have been disbanded, the spread of radicalism has not stopped. They use another mode of promotion on social media. In this way, they hope to win the sympathy of the public, considering that Indonesian netizens are one of the countries with the most internet users in the world.

The head of the BNPT (National Agency for the Eradication of Terrorism) Komjen Boy Rafli Amar stated that the notion of radicalism had spread like the Covid-19 virus. During the pandemic, radicalism developed very quickly. Radicalism originating from outside parties can divide Indonesia. This is of course dangerous for national unity.

Komjen Boy Rafli Amar continued, popaganda from radical groups also thrives through social media. If in the past they operated secretly, now they are open and take advantage of technology. Radical groups use social media not only to promote terrorism and radicalism, but also to raise funds and recruit new cadres.

In a sense, the public must be more vigilant because radical groups have been entrenched in social media openly. They seem not afraid of the existence of the cyber police, then use various social media ranging from Facebook, Twitter, Instagram, to Tiktok. The aim is of course to recruit members and spread radicalism and terrorism.

The mode of radical groups so as not to be caught varies. For example, by creating a Facebook group with a private status, where members cannot enter arbitrarily or can only be invited by the group admin. The group is not titled radical but is disguised as “jihad” or “defender of truth”.

Groups on Facebook that turn out to be radical must be watched out for because it is feared that there will be many members who don’t know the mode. The community must be aware of what the real purpose of the formation of the group is. Don’t just enter at the invitation of the group admin and then it turns out to be influenced by the propaganda he spreads, then recruited as a terrorist candidate.

If many ordinary people enter the group on social media, it is feared that there will be many members of radical groups in Indonesia. The reason was because they were seduced by the cool group title, and thought that he would be trained to be brave and defender of the truth. In fact, what is meant is to become a jihadist and eventually be persuaded to become a bomber and a terrorist.

Therefore, the public is continuously encouraged to use the internet and social media in a healthy and wise manner. Do not easily trust people who are only known in cyberspace. The reason is because on social media it is easy to lie to other people. For example, there is a fundraiser which is said to be for disaster victims abroad. But instead it was misused to collect money for terrorist groups.

Some time ago there was an arrest of a student in Malang, and he served as an admin recruiting terrorist and radical groups. In addition, he also raises funds. Don’t let the public be fooled by people like this who usually pretend to beg to be pitied, and when they are close, they invite them to be radical.

In a sense, young people are currently being targeted by radical groups and they are being trained to become new cadres. By getting acquainted through social media, radical groups can easily influence them. Young people who are critical will be invited to be more courageous but in the end they are turned into the wrong courage, then become terrorist cadres.

Social media is very influential because any information can enter the subconscious quickly. This is known by radical groups and terrorists. Therefore, parents must monitor their children who like to open social media. They must be given an understanding not to click carelessly and not to easily believe what people say in cyberspace.

Young people must be given a strong fortress in the form of nationalism. If parents continue to teach love to the country, they will not be easily influenced by the persuasion of radical groups. When recruited, they reject it outright.