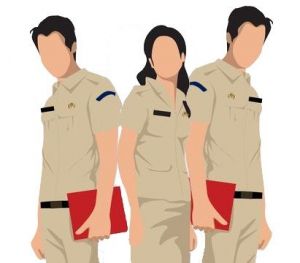 Beware of the Spread of Radicalism Among ASN

The government continues to be wary of the spread of radicalism among the State Civil Apparatus (ASN), which is the spearhead of the implementation of public services. Therefore, coaching for ASN needs to be carried out regularly and recruitment needs to be tightened.
ASN is a job that is coveted by many people, because of the guaranteed salary and having a pension. No wonder the CPNS test is always bought by enthusiasts, because they want to become state servants and work regularly. Even though the selection was quite strict, there were not only math tests but also other exams.
BPNPT has a special request to the institution or ministry that conducts the CPNS exam, that is, do not let the ones screened turn out to be members or pro-radicalism. Brigadier General Akhmad Nurwakhid, Director of Prevention BNPT RI stated that prevention was also carried out for the selection of positions in these institutions or ministries.
This request was made because of the impact of the arrest of members of a radical group in Lampung. It turned out that he was an elementary school teacher and an ASN status. Of course this is surprising and it feels like a lie, because how can a civil servant become a member of a radical group, which is a traitor to the state?

CPNS recruitment so far has only focused on intelligence, mathematical, and insight tests. Meanwhile, the other filters are only in the physical and psychological stages. However, to filter that a CPNS is a member of a radical group or not, it has not been done.
Do not allow repeated mistakes so that ASN turns out to be pro-radicalism, because they can use their position for bad purposes. For example, if he is a teacher, he can teach students about radicalism and poison their minds. Or when he becomes an official in a state institution, he uses the money to contribute to radicalism and terrorism activities.
Therefore, the selection of CPNS must be tightened. The screening is not only carried out when there is an exam in the building, but there is also a thorough investigation of all CPNS test takers. The goal is to find out whether he is involved in a radical group or not.

The way to investigate does not need to be by sending officers and searching his house. However, you can use technology. Just look at the digital footprint, which can be easily searched on Google. If he is caught frequently posting about jihad, radicalism, and terrorism, it is certain that he is a member of a radical group.
In addition, CPNS test participants can also see their status on FB or tweet on Twitter. If he talks too often in a sarcastic tone, blasphemes the government, and criticizes mercilessly, don’t accept it. How can an ASN even insult the government that pays him? It’s like spitting on your own well.

Another way is to look at their social media accounts. When a CPNS test taker likes or follows an account that has the tone of radicalism and terrorism, it can be confirmed that at least he is pro-radical group. Even though you may not be a member yet. But this is already at an alarming level, because sympathy can turn into love, and love for radicalism is a blind love that destroys his career.
Such an investigation is very important in order to prevent any member of a radical group from becoming an ASN. Isn’t prevention better than cure? It is better to research and trace the digital footprint from the beginning, than to accept it and find out that he is pro-radicalism and dishonorably dismissed.

Do not let a state civil servant become a member of terrorists or pro-radicalism, because he can undermine state institutions or ministries from within. He can also abuse his position and authority to support the proliferation of radicalism in Indonesia. Therefore, to prevent this bad thing from happening, a more stringent selection of CPNS must be carried out.

Society Needs Discipline Health Protoco; Ahead of the Nataru Holiday