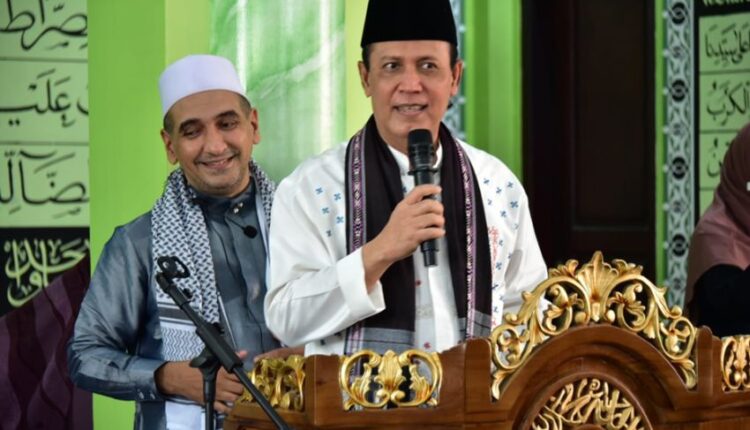 In line with the author, Komjen Pol Boy Rafli Amar as the Head of BNPT said that in the future this demographic bonus will determine the sustainability of the country. Human resources are not only required to have good hard skills, but good manners as well. Boy Rafli is also wary of the radical propaganda of terrorism on social media. Radical terrorism groups like to publish violent narratives on social media.

The author argues that the influence of radical terrorism groups is dangerous because with narratives in the name of religion, these groups often get public acceptance.

To anticipate this, BNPT will continue to cooperate with interfaith leaders. Together they will educate and invite the public to be sensitive to the propaganda and invitations made by these radical groups. The author agrees with the steps taken by BNPT because the religious narrative echoed by the radical group justifies violence against fellow human beings, not in accordance with religious rules and state principles. So that cooperation between BNPT and interfaith leaders is the right action.

The author invites all elements of society to be aware if certain parties invite through violent means because these methods are not compatible with religious values, principles of the nation and state based on Pancasila, legal values ​​and national moral ethics. So that in the future we can welcome Indonesia Gold 2045.

*The author is a contributor to the Mulia Institute