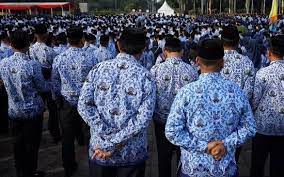 The community supports decisive action against State Civil Apparatus (ASN) who are exposed to radicalism. ASN is the spearhead of public and government services, so it must be perpendicular to the Pancasila ideology.

Radicalism is increasingly widespread in almost all circles of society. Currently, the state civil apparatus (ASN) has become a member of radical groups. They do things that are forbidden because when they are appointed as CPNS (prospective civil servants) they have been sworn in to be loyal to the state, which means they must not come into contact with radicalism that is against the government.

When an ASN is exposed to radicalism, it must be dealt with for violating the regulations. Member of Commission II DPR RI Lukman Hakim stated, “Radical groups can shake the integrity of the Unitary Republic of Indonesia. The government should not take radicalism lightly. When there is a selection for the opening of CPNS and the TNI and the National Police, it must be screened so that no one is considered a radical.”

In a sense, radicalism cannot be tolerated because it can damage the nation. One of the important elements of society is ASN, therefore they are strictly forbidden to be radical. Of course the way is with a more stringent CPNS selection. When it is filtered, it is guaranteed that there will be no ASN that turns out to be radical.

So far, the selection of CPNS is still focused on testing mathematics, knowledge, and other technical matters. However, the new examination system should also focus on screening anti-radicalism. The trick is not by giving questions, but simply by looking at the digital footprints of the CPNS exam participants. If they curse the government and boast about jihad, then it is certain that they are poisoned by radicalism so that they cannot be passed as ASN.

To ensure that the CPNS exam participants are affected by radicalism, it is only necessary to look at their social media accounts. This is not to belittle, but indeed most people are too open on their social media, so that they unconsciously show that they belong to a radical group.

In addition to the initial selection, there needs to be another screening for ASN who have served, both long and short. If caught exposed to radicalism, they will receive various punishments. Giving this punishment is not a violation because it is the employees who do not obey the regulations, because an ASN is a servant of the state which means loyal to the state.

For example, if there is an ASN who turns out to be a member of a radical group, he or she could be threatened with a delay in promotion. This became a deterrent effect for him to leave the group, because if he canceled his promotion, his salary increase would also be canceled.

However, when it is very severe, for example, there is an ASN who becomes a high-ranking leader in a radical group and even becomes a terrorist leader, then he or she can receive the harshest punishment, namely dismissal. The reason is, he prefers to be on the side of the traitor rather than being loyal to the country. This decisive action is needed so that no one follows in his footsteps.

ASN is the front line of government, so they must be able to work optimally and be free of anti-Pancasila ideology. With the optimal service of ASN who are not affiliated with radicalism, the development target can be achieved and public services can be increased.