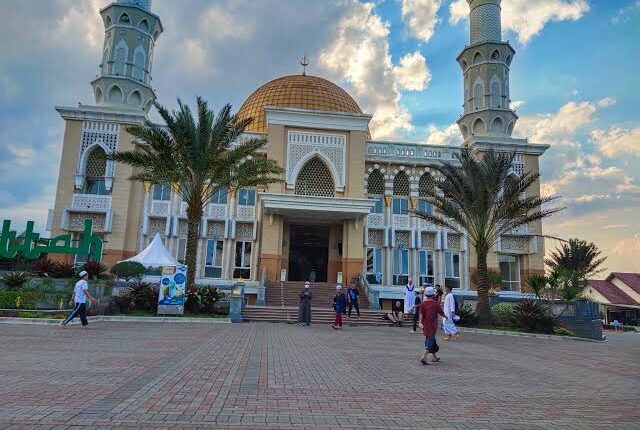 Pondok Pesantren is not only a center for education and character development, but also at the forefront of teaching moderate Islam. With the optimization of pesantren, the seeds of tolerance and national unity will take root in society.

Vice President K.H. Ma’ruf Amin stated that Islamic boarding schools should teach moderate Islam, not spreading radicalism. The students must have ideas that accept life in the life order of the Unitary State of the Republic of Indonesia. If you become a student, you must agree to the regulations and decisions made by the government.

In a sense, Islamic boarding schools should never teach radicalism because it is not in accordance with Pancasila and the 1945 Constitution. Because radicalism takes the path of violence, and it has never been approved by religious teachings.

There are many teachers in Islamic boarding schools and they should be checked regularly. Don’t let one of you turn out to be radical, then he teaches it to the students. If caught, he must be expelled because his thoughts are dangerous and poison the innocent students. Don’t let them be diverted, at first they want to become ustadz, but in the end they become radicals and terrorists.

Moderate Islam is Islam that is full of tolerance. In Islamic boarding schools, they should be taught how to tolerate tolerance as an initial capital, and later when students graduate they will understand how to live and serve in society, including promoting tolerance.

An example of the teaching of tolerance is when the teacher tells stories from the time of the Prophet Muhammad. Once upon a time there were people who were evil and had not embraced Islam. He was arrested and asked to be killed. However, the Prophet forgave him and set him free. Finally the person repented and embraced Islam. This is how the Prophet’s da’wah was gentle and not by means of violence.

These kinds of stories should be taught to the students. They must know that religious teaching can be done in gentle, tolerant and peaceful ways. If there is tenderness then other people will be shy and respectful, even though they have not embraced Islam.

The students should also understand that tolerance is the key to success. Later when they become ustadz, they will preach to remote areas. In the midst of such a society, gentle and polite teachings will have a place in the hearts of the people.

On the other hand, students should not be directed to be intolerant and full of violence. The imposition of the will, in any way, is a mistake. Especially when using violence, spreading hoaxes, or even destroying public facilities.

Islamic boarding schools are expected to continue to be the spearhead in teaching moderate Islam. With the existence of religious moderation that is continuously taught to its students, it is hoped that it can prevent the emergence of seeds of radicalism that can destroy ukhwah Islamiyah and ukhwah wathaniyah.