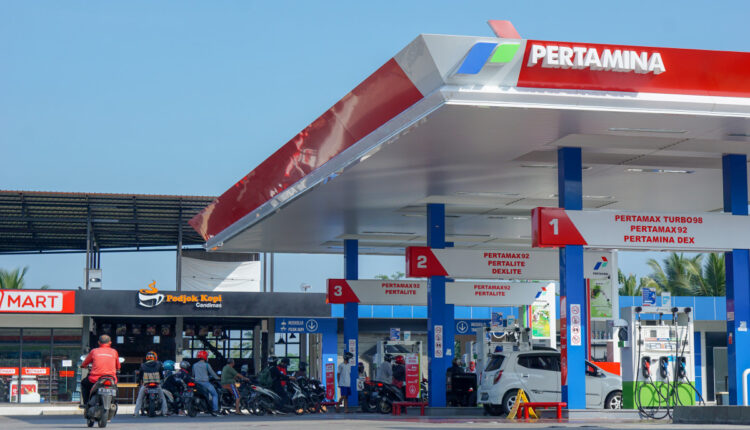 BBM Direct Cash Assistance (BLT) is a program implemented by the government to provide social support to people affected by the adjustment of subsidized fuel prices.

The provision of this assistance seems to have been in accordance with religious values, as stated by Fahrur Rozi as Chairman of the Nahdlatul Ulama (PBNU) Executive Board for Religious Affairs, he considered that subsidies for the poor were part of Islamic law.

Fahrur said that the poor in zakat is the main object, including those related to subsidies. He explained that according to Islamic jurisprudence, only people who can be helped are not able to afford it. So when the government diverts fuel subsidies it is also to help the poor.

KH Marsudi also added that the core of the Pancasila economy is benefit so that the government’s policy of diverting subsidies is the right action. So far, there have been pros and cons related to the government’s policy to adjust subsidized fuel prices. However, according to Marsudi, in fact the fuel price adjustment has brought good for two aspects at once, namely the aspect of society and the state.

KH Marsudi emphasized that so far the subsidies that have been disbursed by the state have actually been enjoyed by those who have absolutely no right to receive them. He explained that the fuel price adjustment was the best policy from the government because it moved decision-making to a direction that was far more concerned with benefit.

Of course, it is very important for the government to also take into account other issues, one of which is limited resources. It is not enough to just maintain market prices, but as a Pancasila country, Indonesia must be able to meet the public’s interests regarding basic needs.

On a different occasion, a religious figure from West Sumatra, Buya Mas’oed also had a similar view. He considered that the function of the APBN should be transferred directly to the poor as well as various sectors such as the health and education sectors.

Buya also emphasized that the use of fuel subsidies should still be regulated so that they are aimed at groups of people who are entitled to receive them. So he also hopes that the public can fully support the adjustment of subsidized fuel prices because this cannot be avoided.

Previously, the Minister of Social Affairs (Mensos) RI Tri Rismaharini said the government had distributed direct cash assistance (BLT) for the transfer of fuel subsidies (BBM) to 12.7 million beneficiaries. Risma also reminded BLT recipients not to use it to buy cigarettes, but to fulfill basic needs.

Distribution of BLT worth IDR 150 thousand/month per beneficiary family (KPM) for four months. The disbursement is carried out in two stages, which will be added to both the beneficiaries of the Family Hope Program (PKH) and non-cash assistance.

Minister of Finance (Menkeu), Sri Mulyani Indarwati said the government had provided a legal umbrella in using state revenue and expenditure budget instruments (APBN) and APBD, namely the General Allocation Fund (DAU) and Revenue Sharing Fund (DBH) where the two percent could be used. to reduce the possibility of potential price increases in the regions.

The Minister of Finance said that related to inflation control issues, especially in areas where the role of governors, mayors and regents is very important, detecting the possibility of early movement of prices, especially those from food, transportation and others.