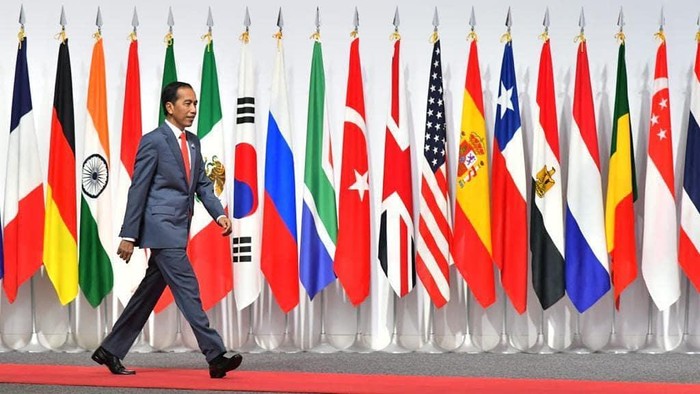 President Jokowi invited two leaders of countries experiencing conflict, namely Russian President Vladimir Putin and Ukrainian President Volodymyr Zelensky to the G20 Summit. This step needs to be appreciated as a step by the Government to realize global peace.

Indonesia was appointed as the G20 Presidency in 2022 after being held by Italy in 2021. The position of the Presidency is very strategic, because by being the host, the government can promote tourism and investment. As the Presidency, Indonesia invites G20 member countries, including Russia.

The invitation to Russia addressed directly to its President Vladimir Putin came as a bit of a surprise given the volatile political conditions surrounding the red bear country. Russia’s invasion of Ukraine made him shunned by several countries. However, Indonesia emphasized that Russia is a member of the G20, and therefore has the right to be invited to the G20 summit.

The Co-Sherpa of the G20 Indonesia, Dian Triansyah Djani, stated that the Presidency of the G20 Indonesia was impartial and neutral. Indonesia’s G20 presidency has the same rules as the previous G20 held in Italy. In a sense, if last year’s G20 host invited Russia, this year it will also do the same.
This statement arose because there was a rumor that President Jokowi was pro-Russian because he dared to invite the red bear country. In fact, as a member of the G20, it is natural for Russia to be invited, because indeed it has the right to come.

Other countries need to be aware of Indonesia’s neutrality and President Jokowi’s assertiveness, not accusing Indonesia of being pro-Russian. They don’t have to take action so they don’t attend the G20 meeting. Don’t let their momentary emotions become their own loss.

The G20 Summit is a very important moment because it becomes an arena for deliberation on how to overcome problems, especially the economy, during a pandemic. The theme for the 2022 G20 Summit is: Recover Together, Recover Stronger. So that indeed all members of the G20 are obliged to work together to improve the condition of their countries, so that they are stronger so that there is no global economic crisis.

President Jokowi’s goal to invite Russia, apart from being a member of the G20, is in the national interest, including cooperation in the economic and military fields. Indonesia also emphasized that it would not bring political issues to the G20 meeting. This was stated by Enggar Furi Hardianto, Lecturer in International Relations at the Islamic University of Indonesia.

Enggar Furi also added that Indonesia has a free and active foreign policy principle. In a sense, when the principle is free, Russia will not be easy to drive, even though there is cooperation with them in the economic and military fields. Indonesian citizens and leaders of other countries need not worry because Indonesia remains neutral in principle.

The G20 summit will discuss economic issues, the transition to green energy, and others. This year’s summit will not discuss politics because it is not the right place. Other countries should not be afraid to come because Indonesia will always be on track and only discuss things that are allowed at the G20 meeting.

The public appreciates the diplomatic step of the Indonesian government in inviting the Presidents of Russia and Ukraine to come to the G20 Summit. With the invitation, both parties are expected to meet and peace can be realized soon.