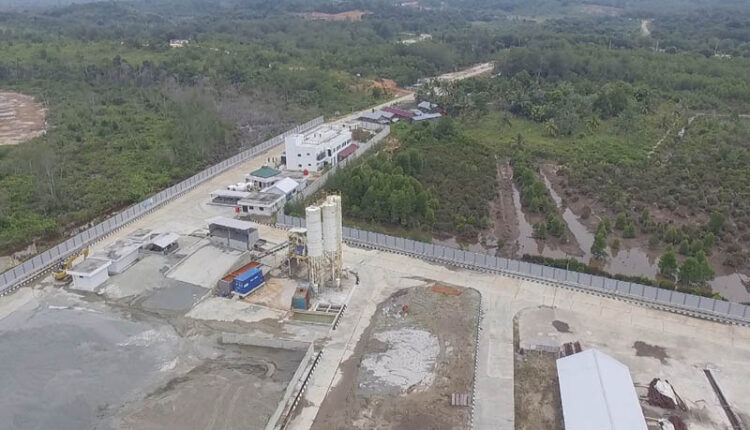 The National Capital City (IKN) of the Archipelago will bring Indonesia forward because it brings many positive influences, not only for the people of Kalimantan but also for Indonesia in general. IKN has become a modern and advanced city because it has a smart city concept, a sponge city, as well as a forest city. Progress in the nation’s capital will have a positive effect on the people because their lives will be better.

The National Capital City will be moved from DKI Jakarta to North Penajam Paser, East Kalimantan. IKN, which is named Nusantara, will be a very special city because it is in the middle of a forest, aka forest city. Even though it is in the middle of the forest, the city is still developed and will even be more modern than Jakarta.

President Joko Widodo stated that the development of IKN is a big leap for transformation towards an advanced Indonesia. IKN will show the greatness of the Indonesian nation, reflect Indonesian identity, ensure social, economic and environmental sustainability. In addition, IKN will have international standards in the form of smart cities, forest cities, and sustainable modern cities.

People don’t have to worry when the capital city is moved to the middle of the forest in Kalimantan because even though the concept is a forest city , the city is full of progress. Later all administrations in the Presidential Office, Ministries, or State Institutions, will be made in a digital version and do not need to use paper. When going to take care of the form, simply via the application or Google form.

Advances in administration will bring many advantages. First, it’s more economical because you don’t have to buy paper, ink, and printers. Second, if the administrative flow is via digital, it will be completed more quickly, because there is no need to change counters or admin desks. The community will be able to take care of the administration to the capital city in Kalimantan, even though the location is far away (for example in Java or Sumatra) because it can be managed via online.

When the administration is via digital, it will also reduce the possibility of extortion (illegal levies) that can be carried out by unscrupulous employees. The reason is because the management of letters via online and the public just access the site or application, and do not need human assistance. There will be no more employees who promise to expedite the processing of important letters but on condition that they must provide facilitation payments.

This progress is very good for the future of Indonesia because Indonesia will be free of corruption. The possibilities for extortion and corruption will be cut to the ground due to the digitization of administrative arrangements. When civil servants are honest and don’t want corruption, Indonesia will be even more advanced.

Meanwhile, Muhammad Bijak Ilhamdani, Member of the North Penajam Paser DPRD, fully supports the development of the Nusantara IKN. According to him, the existence of IKN will have a positive impact on development and the economy in East Kalimantan.

In a sense, when an IKN is built, the first thing to do is an access road to the capital city, and a representative highway and bridge will be built. There will no longer be footpaths or macadam roads, but good quality paved roads, because trucks and large vehicles will be used to transport equipment for the construction of the IKN.

Then, the construction of buildings in IKN will open up many new jobs. The workers are also from Kalimantan natives, so that it can reduce the unemployment rate in Kalimantan. If many indigenous people have jobs, their standard of living will increase, because they have a monthly salary.

The Head of the Nusantara IKN Authority, Bambang Susantono, stated that the government would realize the IKN concept without poverty. All services will be well organized, namely services related to the economy and social. For example educational facilities, social, etc.

In a sense, educational facilities will be well organized so that all IKN residents can go to high school, both natives and immigrants. If they excel, they can get scholarships so there is no need to think about school fees. Scholarships are awarded fairly, to all diligent IKN citizens.

With higher education, IKN residents will become outstanding scholars and have good jobs. Automatically they have a good income and will not become poor, because their standard of living has increased. This positive domino effect is what the government is hoping for.

IKN is very unique because it has the concept of a smart city as well as a forest city. Its position in the middle of the forest will not make it isolated. Precisely IKN will bring Indonesia to be more advanced because it is a smart city . Among them there will be electric vehicles that facilitate people’s mobility, there will even be city buses without a driver.

IKN Nusantara will bring Indonesia to be more advanced because in a smart city , everything is paperless alias paperless. To take care of important papers and administration, you only need electronic forms and applications, so they can also be done remotely. Progress in IKN will bring progress to Indonesia because this country is becoming more modern.