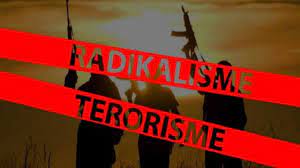 Radicalism is still a common enemy that must be fought because it can disrupt peace in Indonesia. With this synergy, it is hoped that the spread of radicalism can be suppressed immediately.

Have you heard the news about children committing radical acts by destroying the funerals of people of other faiths? This case is certainly sad because it shows that radicalism is still entrenched in this country. Eradicating radicalism is a big job for the government, and as good citizens, we are also obliged to ward off radicalism from Indonesia.

The Coordinating Minister for Political, Legal and Security Affairs, Mahfud MD stated, “I continue to speak about the dangers of radicalism and terrorism in Indonesia. All people must reject and fight radicalism in order to create a safe country.”

In a sense, all Indonesian citizens must be united in fighting radicalism, because this understanding is dangerous and can divide peace in Indonesia. If all circles of society reject radicalism, radical groups and terrorists will be rejected in this country, because they have no supporters at all.

The government and the anti-terror Detachment 88 cannot act alone in fighting radicalism because they need support from the community. If all parties are united in fighting radicalism, we are optimistic that there will be no cases of violence and bombings orchestrated by radical groups and terrorists.

People can fight radicalism even though they don’t work as security forces. As good citizens, civilians can report anything suspicious, for example, he works in a chemical shop and there are people who always buy materials for bombs. So he will report to the authorities because he suspects that the buyer is a member of a radical and terrorist group.

Meanwhile, the public can also fight radicalism in cyberspace. The trick is to educate if there are hoaxes that are spread, either on social media or WA groups. Hoaxes made by radical groups should not be spread, instead they must be opposed and explained why they are wrong, so that netizens understand that they are just bullshit. In addition, if there is radical content on social media, it can be directly reported to the cyber police.

Mahfud MD continued, “To fight radicalism, it is necessary to have the ijtihad of the ulama.” In a sense, ulama also play an important role in eradicating radicalism. The trick is to straighten out that radical groups are not groups with strong beliefs, because if someone is obedient, it will not hurt fellow humans.

Ijtihad ulama is needed because they have an important role in society. If the scholars have fatwa then many people will follow it. The scholars can make a cool da’wah narrative, which states that obedient people not only have a good relationship with God but also with fellow human beings.

Relationships with fellow human beings are also not only for those who have the same beliefs, but also those who are different. Differences do not spark hostility, because those with different faiths are brothers in humanity.

Ulama can continue to preach about tolerance that can unite this country, so that members of radical groups also retreat regularly. If the community, ulama, and all other elements are united in fighting radicalism, we are optimistic that Indonesia will be free from terrorism and radicalism.

Radicalism is a common enemy because it can damage the peace of this country. So that radical groups no longer spread in Indonesia, the community must unite in fighting them, and assist the government in overcoming their ferocity. With the synergy of all parties, radicalism is expected to be resisted.