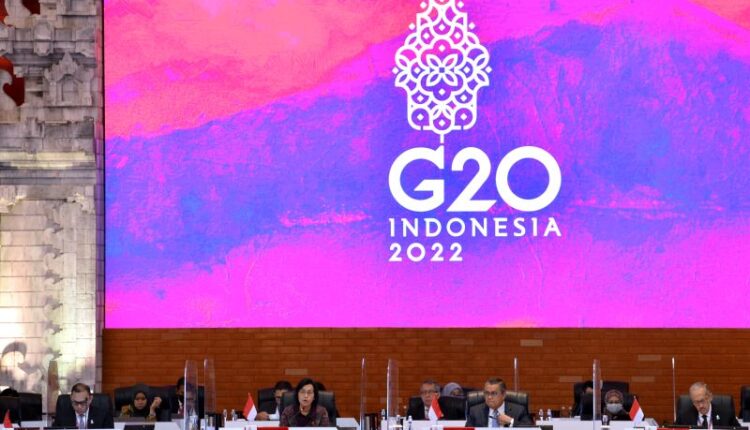 The Draft Criminal Code (RKUHP) which is currently being prepared carries a mission of legal reform in Indonesia, one of which is eliminating colonial legacy laws. The reform mission carried out in the RKUHP consists of five points, namely decolonialization, democratization, consolidation, harmonization, and modernization.

Deputy Minister of Law and Human Rights (Wamenkumham), Edward Omar Sharif Hiarij in a public lecture themed ” Kumham Goes to Campus ” at Nusa Cendana University, Kupang City, East Nusa Tenggara (NTT) stated that the RKUHP being prepared currently carries five reform missions. . The first is decolonization, namely an effort to eliminate the colonial law contained in book one as an advantage of the RKUHP.

The second is the mission of democratization. The 1945 Constitution guarantees freedom of speech, expression and opinion, but these freedoms are still limited. The Deputy Minister of Law and Human Rights said that the rules written in the current RKUHP had all been adjusted to the Constitutional Court Decision.

The third mission is the harmonization and synchronization that must be carried out on about 200 sectoral laws outside the Criminal Code which contain various criminal threats with various models and modifications so that there is no criminal disparity.

The fourth mission is consolidation because after World War II, the development of the times has had a negative effect in the form of various new dimensions of crimes that cannot be accommodated in the Criminal Code. Thus what happens is decodification.

The legal politics used in the RKUHP is recodification as the embodiment of the consolidation mission, which is to collect various provisions outside the KUHP that are included in the KUHP. However, specific crimes do not erase or do not confirm laws outside the Criminal Code.

The fifth mission is modernization which means that it is oriented towards the paradigm of modern criminal law, namely corrective justice, restorative justice and rehabilitative justice.

In line with this, Professor of Criminal Law at the University of Indonesia (UI), Harkristuti Harkrisnowo explained the five missions of the RKUHP. First, open and limited recodification. About 75-80% of the Criminal Code that is currently in use is maintained but added to the last chapter, namely chapter 34, but the specific crimes that are taken are only  core crimes  , open because they are still open to other crimes but limited by a series of Criminal Code prerequisites which include criminal offenses specifically, namely terrorism, gross violations of human rights (HAM), narcotics, corruption, and  money laundering .

Tuti stated the second mission was democratization. Third, actualization, namely provisions that accommodate conditions that are currently happening. The fourth mission, modernization which refers to developments in the international world, especially the provisions that have been formulated in the  Treaty Bodies . And finally, harmonization so that the Criminal Code does not overtake and complement one another.

In addition, Tuti also explained the guidelines for punishment. First, punishment is not intended to demean human beings. Second, judges are obliged to uphold law and justice. Third, if there is a conflict between legal certainty and justice, the judge must prioritize justice.

Meanwhile, Semarang State University (UNNES) Law Faculty lecturer, Ali Masyhar explained that the law is positioned behind social facts in the realm of written law, but the Criminal Code prioritizes  living  law law , so no law is left behind with social facts because of  pre-existence  or living law. together with the community.

Meanwhile, Edward Omar revealed a number of reasons for the RKUHP to be amended immediately. First, the current RKUHP is a legacy of the Dutch colonial era which has been in effect for 222 years and Indonesia has been using the law for too long. In fact, the current Criminal Code was made in the era of the classical school which used criminal law as a means of revenge or  lex talionis . He said that currently the legal orientation has referred to corrective justice, restorative justice, and rehabilitative justice.

The second reason is because of the needs of the times that must begin to adjust to the conditions of the 5.0 era to welcome the changing world order, but it has not been accommodated in the Criminal Code. Finally, it is necessary to update the Criminal Code to ensure legal certainty where there is a need for a translation related to the Criminal Code that must be circulated in Indonesia. This is because there are still differences in the interpretation of each article used in courtrooms and will be used by law enforcers.