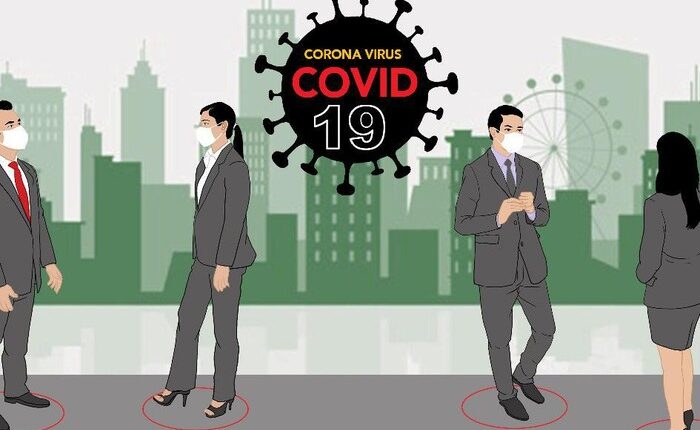 Corona cases have been getting crazier in recent weeks, because there has been a surge in patients in various regions in Indonesia. Starting from Kudus, Madura, to Jakarta, it becomes a red and even black zone. The public is asked to be more vigilant and increase discipline in obeying health protocols, so as not to contract Corona.

When will the pandemic end? It seems that this question is a bit difficult to answer, because there are still many Covid patients in Indonesia. According to data from the COVID-19 task force, 5,000 people can be infected with Corona per day, bringing the total number of patients to 2.5 million. This figure is certainly terrible, because Indonesia’s population could be drastically reduced.

The increase in the number of Corona patients occurred in several places, including East Jakarta, Kudus, and Madura. In that area, it is claimed to be a red zone, even black, due to the large number of Covid patients. Sadly, they are sick because of their own carelessness and neglect to maintain health protocols, as well as not maintaining body immunity and environmental hygiene.

In the Kayu Putih area, Jakarta, a new Corona cluster was found, from residents in the 1 RT environment. Precisely in RT 011, RW 009, Kayu Putih Village, Pulogadung, East Jakarta. Allegedly 22 people contracted Corona from OTG because they hung out in Taman Pintar and did not comply with health protocols. Contagion like this is very sad because it occurs in a public space, so that many people come into contact with them.

To anticipate, it is necessary to trace anyone who has been in contact with the 22 people. However, it can be a bit difficult, because the park is a public facility, so it is not recorded anyone who passes close to Corona patients. So they need to have self-awareness, if they ever pass through the park, they have to go to a laboratory, at least a rapid test (because swab tests are quite expensive).

In addition to East Jakarta, Kudus is also included in a dangerous area, and is claimed to be a black zone. The reason is because of the surge in Corona patients, even in a day 40 people died. Horror occurred in this muria city because it was immediately locked down to prevent people’s mobility.

The large number of Corona patients in Kudus is due to the tourist cluster, and there is indeed a place of pilgrimage which, unfortunately, is still open to the public, even though it is still during the pandemic. After many Corona patients in Kudus, the tracing process is also a bit difficult, because the majority of visitors to tourist attractions come from outside the city. So again they were asked to do a rapid test independently.

In Madura, specifically the Bangkalan, Sampang, Pamekasan, and Sumenep areas, there has also been an increase in the number of Corona patients. According to data from the COVID-19 task force, there were 58 people affected by Corona in Bangkalan, while in Sampang there were 8 people, Pamekasan there were 3 people, and in Sumenep 25 people.

The increase in the number of Corona patients occurred after the Eid holiday, and it is suspected that those who were affected by Corona were determined to go home or were not disciplined in implementing health protocols. There were so many patients, the room at the Bangkalan District Hospital was full and refused new patients. This was stated by the Head of Public Relations of the Bangkalan Covid Task Force Team, Agus Sugianto Zain.

Of the various cases in this area, the public is asked to continue to be vigilant, so as not to contract Corona. Moreover, the Covid-19 virus has mutated into several variants, making it more powerful in transmitting Corona and the worst effect is causing someone to die. We certainly don’t want to lose our lives because of this small but deadly virus.

Discipline in implementing health protocols must be implemented, and wearing masks not only when traveling, but also at the office must be worn. Before touching anything, you should wash your hands or use hand sanitizer, and most importantly, don’t make a crowd and avoid crowds like in markets or other public places.

Reducing mobility is also an important point in preventing Corona. All health protocols must be followed, so that the body does not contract the Covid-19 virus. Don’t be tired to do it, and keep your body’s hygiene and immunity, so that you are always healthy and free from all kinds of germs, bacteria, and viruses.

)* The author is a student of IAIN Kendari