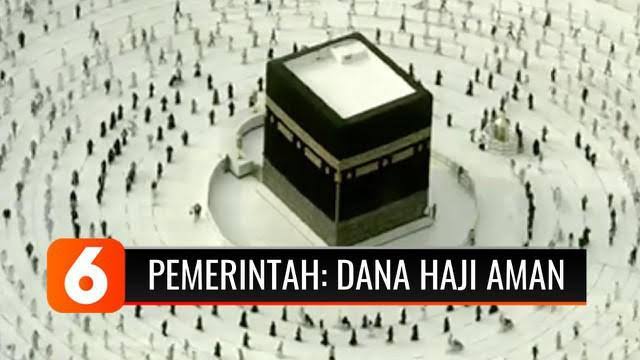 When pilgrims from Indonesia cancel their departure in 2021, the question arises: where are the hajj funds stored? In fact, there are scathing accusations that the funds were used for infrastructure development. Even though it is just slander, because the money belonging to the prospective pilgrims is stored safely in Islamic banks.

Hajj is the biggest goal for Muslims, because it is the 5th pillar of Islam. No wonder many have worked hard and saved for years to be able to go to the holy land, some even sell their land or rice fields. All done because they want to be a mabrur hajj.

But unfortunately the desire of prospective pilgrims to see the Kaaba up close was immediately dashed, when the government decided not to send them this year. This disappointment is understandable, because last year they also failed to go to Saudi Arabia. So have to be patient once again.

So where do the Hajj funds go? Meng remember pilgrims in Indonesia in 2018 as many as 221,000 people. If in 2021 the estimated CJH quota is the same, then just multiply it by 40 million (total ONH costs). This amount of money has been questioned by several parties, and there are those who allege that the funds will be used as capital for national infrastructure projects.

Ace Hasan Sadzily, Deputy Chairman of Commission VIII of the Indonesian House of Representatives, stated that the 2021 Hajj funds were not used for things other than the Hajj. Rather, it is stored securely in an Islamic bank and is directly supervised by a financial management agency. In a sense, the allegation that the hajj funds will be used for infrastructure projects is wrong.

How can anyone accuse the government of misappropriating the money belonging to the pilgrims? This means that they do not trust the credibility of the government, in this case the Ministry of Religion as the main committee that organizes Hajj every year. In fact, since Indonesia’s independence, the management of pilgrims’ funds has never missed a single rupiah.

If someone accuses all kinds of things, then they should immediately introspect themselves, let alone slander that money will be used as capital for infrastructure projects. Indeed, in the era of President Jokowi, infrastructure development was encouraged, but never used the wrong money, let alone hajj funds. Because the source of the budget is from the state budget and investors.

Coordinating Minister for Human Development and Culture Muhadjir Effendy stated that the management of funds by BPKH was carried out safely and very carefully. The money for prospective pilgrims amounting to 150 trillion is guaranteed to be closely monitored by BPKH, and this institution cannot be interfered with by other parties who are subjective. In a sense, even the President may not order to borrow CJH money for the smooth running of infrastructure projects.

The BPKH, chaired by Anggito Abimanyu, holds the people’s mandate to manage CJH funds, and will not shirk in the slightest. Because when he was appointed chairman, Anggito was sworn in under the holy book, and tried hard to keep the congregation’s money so that no penny leaked.

Let’s keep positive thinking that the hajj funds are safe, and CJH’s departure has been delayed due to the pandemic. Not for other reasons, for example, the Indonesian government owes the kingdom of Saudi Arabia. Due to the fact, the quota of pilgrims for all pilgrims worldwide is also very limited by the government, because they prioritize the health and safety of CJH.

CJH funds in 2021 will not be channeled to various infrastructure projects, because they have been entered into Islamic banks and are closely guarded by BPKH. This institution holds the trust of the people very much and cannot be interfered with in its affairs, even by the President. The CJH 2021 who failed to leave are expected to be patient and not accuse all kinds of things.