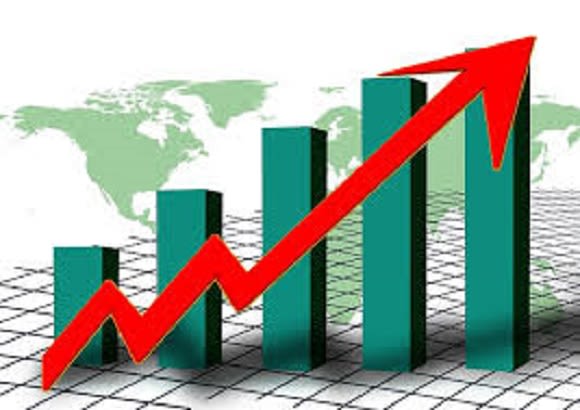 bali talk.id|  In the midst of a global economic recession, many commodity prices have increased or decreased rapidly, such as oil, coal, gas, CPO, wheat, soybeans and others. This was coupled with inflationary pressure in the US which forced the Fed to raise interest rates. However, the Indonesian economy is still strong and stable to survive despite the inevitable global recession.

Previously, countries faced risks due to the pandemic, now they are shifting to the risk of global economic pressure because there is inflationary pressure due to many factors, such as lack of supply and war. Perry Warjiyo as Governor of Bank Indonesia (BI) continues to strengthen the policy mix to maintain stability and encourage Indonesia’s economic growth in the midst of global economic conditions that are overshadowed by uncertainty. In the monetary sector, BI maintained the benchmark interest rate or BI-7 days reverse repo rate (BI7DRRR) at the level of 3.5 percent as of July 2022. Perry assessed that the decision was consistent with the forecast for core inflation to be maintained at a low level amid risks from the impact of the global economic slowdown. to economic growth in the country.

In addition, the central bank is also strengthening monetary operations as a preventive and forward looking measure to mitigate the risk of rising inflation expectations and core inflation going forward. This was done through an increase in the interest structure on the money market, especially for tenors above 1 week to 1 year and the sale of government securities (SBN) in the secondary market for tenors under 10 years or short term. Perry said that BI also normalized its liquidity policy by gradually increasing the rupiah statutory reserve requirement (GWM) and providing incentives for statutory reserves that took place without disrupting liquidity conditions and banking intermediation.

BI noted that the gradual adjustment of the rupiah statutory reserve requirement and the provision of incentives for the reserve requirement from March 1 to July 15, 2022, absorbed banking liquidity of around Rp 219 trillion. What must be understood is that the absorption of liquidity will not interfere with the ability of banks to disburse financing credit to the business world and participation in the provision of SBN to finance the State Budget because banking liquidity is currently still excessive. This, he continued, was shown by, among other things, liquid assets per DBK which was still high.

The distribution of bank credit and financing to the business world also continued to show recovery, with adequate liquidity being maintained. Then, in the context of implementing the joint agreement between BI and the Ministry of Finance in order to maintain stability and encourage economic growth, BI until 20 July 2022 continued the purchase of SBN in the primary market in line with the economic recovery program as well as financing for health and humanitarian treatment in the context of handling health and humanity in the context of handling the impact of the Covid-19 pandemic with a value of Rp 56.11 trillion.

Meanwhile, the Minister of Finance of the Republic of Indonesia Sri Mulyani Indrawati revealed that currently Indonesia is facing various external challenges, starting from the United States (US) which is experiencing a recession and China’s economic growth which is also experiencing negative growth. Russia-Ukraine geopolitical tensions have also exacerbated price volatility around the world, given that these two countries are the world’s largest producers of energy and food, including fertilizers.

Sri Mulyani also has to watch out for the economic downturn in the US and China. Sri Mulyani said that the US had negative growth in the second quarter, technically entering a recession. China a week ago came out with almost second quarter growth. This of course has something to do with Indonesia, where the US, China and Europe are Indonesia’s export destinations. So, if they weaken, export demand will decline and commodity prices will also fall.

Even though the Indonesian economy is fairly resilient, judging from the state budget surplus in June of IDR 73.6 trillion or 0.39% of Gross Domestic Product (GDP), Sri Mulyani doesn’t want to feel complacent. According to Sri, the situation is still fluid and dynamic, various possibilities can occur with interest rate increases, capital outflows occur in all developing and emerging countries, including Indonesia, and can affect exchange rates, interest rates and inflation in Indonesia.

The global economic recession is a threat in itself in several countries, even large countries. Geopolitical tensions and rising benchmark interest rates made several countries record negative growth for two quarters of the same year. However, Indonesia is quite resilient in dealing with this and will not be complacent because in the midst of this situation, anything can happen.

RKUHP for Democracy and Justice