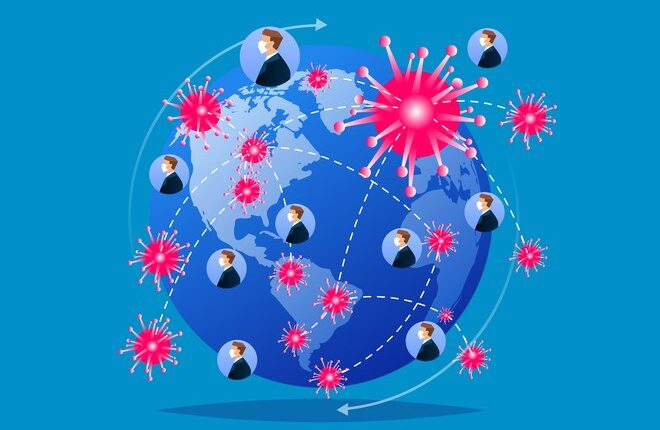 The public is waiting for the real contribution of political figures to come down with the people and the government in controlling the Covid-19 pandemic. They are expected to be able to prove their criticism so far and provide direct benefits to residents.

Agus Harimurti Yudhoyono (AHY), in his tweet wrote, ” Ideally, we always go to class. Don’t stay in class, let alone drop out of class. The critical problem is not where our current class status is, but can this country save its people from covid?.

The Executive Director of The Yudoyono Institute (TYI) continued his tweet with the sentence , almost a few minutes the siren sounded from the ambulance and within a few hours he received sad news from someone he knew.

On a different occasion, the former deputy chairman of the Gerindra Party, Arief Poyuono, reminded the extended family of the 6th President of the Republic of Indonesia Susilo Bambang Yudhoyono (SBY) not to be fussy about handling the Covid-19 pandemic. This was conveyed by Poyuono in response to criticism of the government’s performance in handling the Covid-19 pandemic raised by AHY. Poyuono said, it is better to remain silent if you cannot do something for the people in difficult times due to the corona virus pandemic.

At this time, what is most needed is not an attitude of criticism without a solution, but real action to help those who are affected by the pandemic. Poyu ono also emphasized that instead of criticizing the government, Poyuono suggested that AHY and his family should step in to help the people during the Emergency PPKM period.

He also said not to be fussy and raise the narrative of the state’s failure, especially since COVID-19 is a problem for all Indonesian people that should be handled in mutual cooperation. AHY should understand, many health workers are overwhelmed, many hospitals are experiencing oxygen scarcity because consumption is not matched with supply.

Instead of chirping without a solution, it would be better to step in to help the hospital find oxygen, which is a rare item. Even if AHY criticizes whether we can go up a class, of course we can go up. Moreover, the President of the Republic of Indonesia, Joko Widodo, has experienced upgrading from mayor, governor to president.

We must interpret this non-natural disaster not as a test for state officials, but a test for all Indonesian people and even the world. So what is needed now is mutual help and care for each other.

Not necessarily trying to increase popularity by criticizing the government. The reason is, the government is currently trying to deal with the problem of the COVID-19 pandemic, which has not yet improved. It should also be noted that positive confirmed cases of Covid-19 in Indonesia have experienced an extraordinary spike. This is evidenced by the number of people who have difficulty finding beds in the overcapacity ER. The government has also made efforts to reduce the number of infections , with policies that are very likely to trigger pros and cons in the community.

The government also does not remain silent in dealing with the pandemic, so busy that it does not have time to respond to tweets from the Democratic Party elite. We need to be aware that with the pandemic, all sectors are affected by something invisible. Starting from the economy, health to the distribution of goods.

All of these impacts will not be handled only with tweets on social media, which only provide criticism without solutions, aka No Action Talk Only. It’s better if we help those who can be helped, starting actions for good in the surrounding environment , than twittering on twitter which actually shows that someone is only good at talking.

Together with Indonesia, Papua is Progressing and Prosperous Through the Special Autonomy Program Volume 2