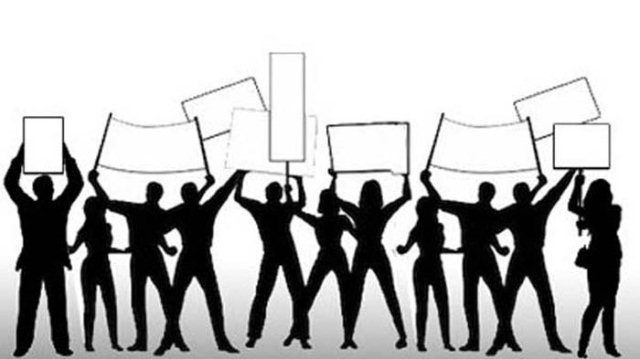 Students who are members of the All-Indonesian Student Executive Board (BEM SI) plan to hold a large-scale action if the government postpones the election and extends the presidential term. Of course, this action does not need to be carried out because it will disrupt the conduciveness of the holy month of Ramadan.

We need to know, long before the issue of postponing the 2024 General Election, there had been a discourse about increasing the term of office of the president from two to three terms. The discourse had appeared at the end of 2019.

At that time, Jokowi immediately refused to extend the term of office of the President in the proposed amendment to the 1945 Constitution by the People’s Consultative Assembly. He judged that people who came up with this idea just wanted to get attention or had bad intentions for him.

Indeed, Jokowi does not reject the discourse on the amendment of the 1945 Constitution as long as the material is limited, namely reviving the Outline of State Policy (GBHN). However, if it turns out to be spreading everywhere, he thinks it is better that there is no need for amendments.

In December 2019, Jokowi once tweeted about extending the presidential term.

He tweeted that I was a product of direct elections based on the post-reformation 1945 Constitution. My position clearly disagrees with the proposed three-term presidential term. The proposal plunged me.” Jokowi wrote.

Responding to the discourse of postponing the election and extending the presidential term, Jokowi stated that he would stick to the constitution. He said that the 1945 Constitution limited the term of office of the president to only two terms, and he would obey the rules.

In addition, on the occasion of the Plenary Cabinet Session at the State Palace on Tuesday, April 5, 2022, Jokowi forbade his ministers from voicing the discourse of postponing the 2024 election and extending the presidential term. President Jokowi also explicitly said that he no longer wants to hear from parties who are voicing the discourse of a three-term president or postponing the election.

The former mayor of Surakarta also rebuked his minister for being keen on extending his term of office to three terms and postponing the 2024 general election.

On different occasions Hasto Kristiyanto has asked all parties to stop discussing the discourse on postponing the 2024 Election. The issue of postponing the election does not need to be discussed again because it is considered finished. Moreover, the DPR and the KPU have agreed that the 2024 General Election will be held on February 14, 2024.

On a different occasion, Nurlia Nurdin as the Expert Council of the Indonesian Government Science Society (MIPI) assessed that the reasons put forward by the proponents of the idea of ​​postponing the election were irrational. He also considered that the limitation of the presidential term for the reform mandate has been stipulated in the 1945 Constitution in articles 7 and 22E, elections are held every 5 years and the president and vice president are only re-elected for one term of office.

On the other hand, the Covid-19 pandemic to postpone the 2024 election also cannot be used. Because, Indonesia was able to hold 270 regional head elections simultaneously on December 9, 2020. Even though at that time the pandemic was in an alarming condition.

He conveyed this in order to respond to the discourse on delaying the 2024 General Election which was echoed by several political party elites recently. Dewa revealed that the KPU still refers to the provisions written in the 1945 Constitution and Election Law Number 7 of 2017 related to election organizers. In addition, the KPU will also implement various provisions in the legislation.

This clearly shows that President Jokowi does not want this polemic to continue, let alone to take action on the streets. Meanwhile, the government is currently preparing for the 2024 General Election, so it can be said that the actions taken by BEM SI are futile.

)* The author is a contributor to Lingkar Press

Supporting the Implementation of Pancasila Against Radicalism