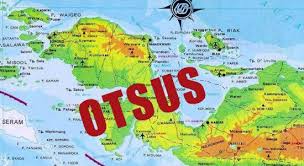 Special autonomy is a form of state attention to the Government in advancing Papua. The policy is believed to provide many benefits, including the involvement of Papuan Orang Asli (OAP) in development.

Special Autonomy (Otsus) is a government policy that aims to improve the welfare of a region. Otsus in Papua does present a bit of a polemic, but this policy has accommodated the involvement of Orang Asli Papua (OAP).

The Main Expert Staff of the Presidential Staff Office (KSP) Deputy V Theofransus Litaay emphasized that Law No. 2/2021 on Special Autonomy (Otsus) Papua Volume II has accommodated the interests of indigenous peoples. One of them is by representing the Papuan indigenous peoples in the legislature in the district/city.

This change is of course an affirmation room for OAP’s political recruitment, so that OAP can take part in political parties and occupy political positions in legislative institutions. Theo said that twenty-five percent of DPRK members will be filled by OAP with an appointment mechanism or without an election. Well, 30 percent are women.

Substantially, the Papua Special Autonomy Law Volume II underwent changes, both in the form of tethering or deletion of the original provisions. Additional substances include arrangements for the development of special authority between the government and the provinces, filling in DPRK members through Papuan Indigenous elements with a system of appointment and establishment of a special agency.

Theo said the special agency would later report directly to the president. It is hoped that with the existence of a special agency there will be synchronization and harmonization in the implementation of Otsus and development in the Papua region, so that the welfare of indigenous peoples will actually increase.

Theo added that other improvements in Law No. 2/2021 are indicated by an increase in the allocation of special funds, as well as a clearer focus on use and mechanisms with stronger institutional oversight. The Special Autonomy Fund, said Theo, is intended for all provinces and districts/cities in the Papua region for 20 years, valid until 2041.

The distribution mechanism from the center to the Province and Regency/City as well as the supervision and control mechanism has been regulated in Article 34 of Law Number 2 of 2021. On that occasion, Theo also asked journalists in Papua to participate in socializing and educating the public about the Special Autonomy Papua Volume. II.

Through his fellow journalists, he hopes that the public can understand and be educated about what Otsus is and how it will benefit the Papuan people.

Through Otsus, the Papuan people have a role in the development of their homes, also prioritized based on article 12 of Law Number 21 of 2001, the Governor and Deputy Governor in Papua, are mandatory OAP.

The chairman of the DPRD, Maybrat Ferdinando Solossa, explained that from the beginning the presence of Otsus Papua was a demand for the Papuan people who felt left behind from various sectors. According to him, in the 20 years to date, the presence of Otsus has provided great benefits for OAP.

He explained that the disbursement of the Special Autonomy budget disbursed by the central government from 2000 to 2020 in terms of the amount of funds continued to increase, was also focused on four priority programs. Such as the education, health, infrastructure and community economic empowerment sectors. This is proof that the central government’s attention to Papua is so great.

Meanwhile, Representatives of Indigenous Peoples Institutions (LMA) Cornelis Usili said, related to this, a number of community groups in Papua and West Papua expressed their support for the continued implementation of the Special Autonomy Fund.

They admit that they have felt the positive impact that Otsus has had for the last 20 years. They are looking forward to the continuation of Otsus Volume II. They unanimously stated that the Otsus policy was very much needed by the indigenous Papuans.

Cornelis emphasized that his party, who is the leader of the Indigenous Community Institutions (LMA) throughout Sorong Raya, supports the government’s policy to continue Otsus in West Papua for the sake of sustainable development and the future of the young generation in Papua.

LMA leaders throughout Sorong Raya urge all indigenous Papuans not to be affected by provocations from irresponsible parties. The relevant stakeholders are expected to immediately ensure the continuation of the Otsus.

Otsus shows its alignment with OAP, this is a foundation that Otsus must continue to be carried out, especially with the existence of Otsus, many young people from Papua are able to continue their education to university, this will certainly have a positive impact on Papua in the future.

The author is a Papuan student living in Semarang