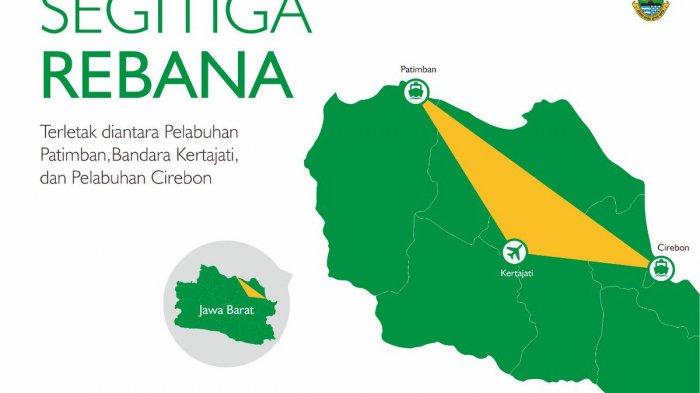 The government continues to prioritize the Rebana and southern West Java areas as centers of superior economic growth in the Pasundan area. The establishment of the new economic center is expected to encourage the creation of new jobs and absorb productive workers.

Coordinating Minister for Maritime Affairs and Investment Luhut Binsar Pandjaitan said he would encourage infrastructure development in the Rebana area and the southern part of West Java.

Luhut said the two areas have huge potential to attract investors. The government has also issued a presidential regulation (Perpres) No. 87/2021 concerning the acceleration of the development of the Tambourine Area and the Southern Part of West Java.

Luhut said the government is committed to encouraging environmentally friendly investments in order to realize sustainable development. In addition, his party also supports the development of high-tech industries, especially in the Rebana area, which can encourage a new economy that is superior, competitive and of international standard.

He added that the development needed to be done immediately. The reason is that the southern part of West Java is considered to be left behind compared to other areas. With the large investment potential, his party hopes that the Rebana and Southern West Java areas can become drivers of national economic growth.

On a different occasion, Head of the One Stop Integrated Licensing Investment Office (DPMPTSP) of West Java Province, Noneng Komara Nengsih, said that the development of the two areas received support from the central government, through the issuance of a Presidential Regulation on the Acceleration of Development of the Tambourine and Southern West Java Regions.

Together with his deputy, UU Ruzhabul Ulum, Ridwan Kamil is keen to develop the Rebana metropolitan area into a new office fund industrial area in West Java.

West Java itself is known as the area with the largest investment in Indonesia and has been increasingly highlighted by world investors after the establishment of an electric car battery factory in Karawang. This of course creates a huge potential that is projected for electric cars from famous South Korean brands to be sold starting April 2022.

The government continues to optimize the realization of superior economic development. Of course, economic excellence must be pursued, because development for the benefit of mankind must continue to be encouraged.