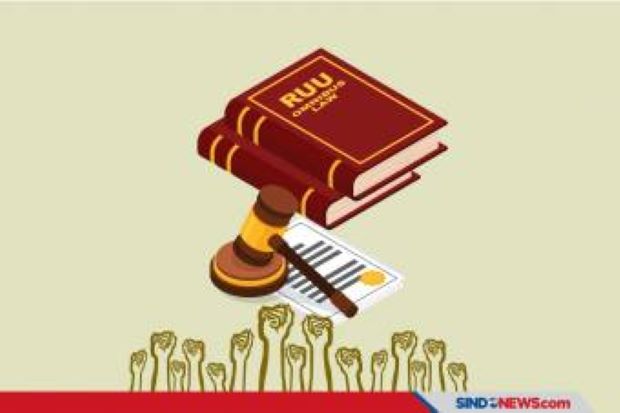 The Job Creation Law is not only beneficial for the manpower sector, but also encourages industry 4.0. Because in this law there is a transformation in the digital world, from digital to analog TV. This law also encourages regulations in the investment sector to attract investors engaged in industry 4.0 (digital) to invest in Indonesia.

The Job Creation Act is often referred to as the Sapujagat Law, because it manages almost all aspects. Starting from investment, economy, forestry, to digital industry. This change in rules was deliberately made to facilitate regulation in Indonesia and cut the flow of bureaucracy that was previously very confusing and troublesome for entrepreneurs.

President Jokowi stated that the Work C ipta Law is one of the road maps for the implementation of Indonesia 4.0 which has been launched since 2018. Because this law supports the investment climate to support industry 4.0. In that sense, after being inaugurated, this law encourages the digital industry to grow rapidly in Indonesia.

The digital industry has indeed grown in Indonesia since the internet boom in the 2000s. Especially during the Covid-19 pandemic, the market began to turn from conventional systems to digital, aka online stores and marketplaces that flourished like mushrooms in the rainy season. In addition, Facebook social media users in Indonesia are among the top 5 in the world.

This is what the government is trying to ‘sell’ it. In that sense, investors want to enter Indonesia, because we already have a market that is crazy about the internet and likes new innovations. There is already a market share that is a tasty market for them.

So, the easier investment has been made since the Job Creation Law was issued , it will encourage digital companies to invest in this country. For example Tesla and Amazon. Moreover, it was added with the easier business licensing, so that they no longer hesitate to invest in Indonesia.

In addition, President Jokowi also added that the development of industry 4.0 and digital economy in Indonesia is the fastest in Southeast Asia. Meanwhile, 185 million Indonesians are connected to the internet. In a sense, they are technology literate and can be recruited as employees in companies engaged in the digital industry, the result of this investment.

This is increasingly supported by another government program, namely the pre-employment card. Young people get new skills in the digital world. For example graphic design, product branding, internet marketing , etc. So that they get skills as capital before being recruited as potential employees at the company 4.0 investment results. So that this Act actually reduces unemployment.

The Job Creation Law also encourages industry 4.0 by changing TV broadcasts from conventional (analog) to digital. This change is very crucial because the Indonesian people can enjoy broadcasts on television with better quality. Its reach has also been further expanded, so that far-flung regions such as Merauke also get it.

If TV shows are getting better, it will affect entrepreneurs too. The reason is because they can advertise with a wider reach and the quality of the advertising is getting better. If a lot of people watch the ad, the more consumers will be, so the business will not be more advanced. Even though they are still in the confines of the pandemic, they still survive .

In addition, the internet network in Indonesia will also be expanded and improved in quality. So that people in remote places can also enjoy services in the digital world. Justice is also created for all Indonesian people.

The Job Creation Law encourages industry 4.0 aka the digital world to be even more advanced. Because there is ease of regulation that can make foreign investors engaged in the digital industry want to invest in Indonesia. In addition, people are also very internet literate, so they can find potential customers very easily.