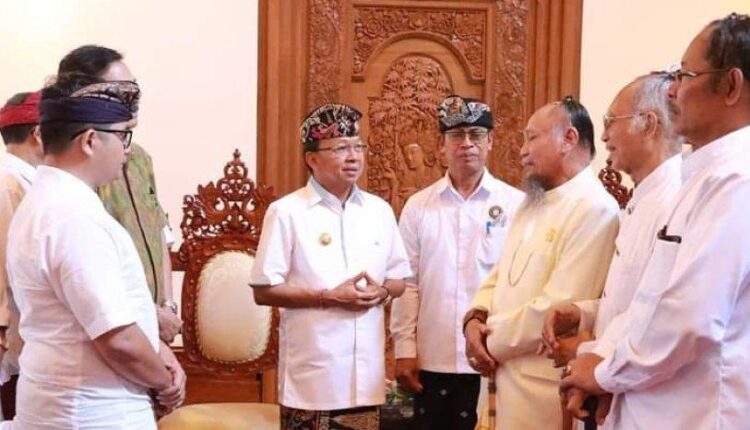 Ahead of the preparations for the G20 Summit in Bali on November 15-16, the Bali Provincial Government (Pemprov) will hold a joint prayer on October 26 in Penisula, ITDC, Nusa Dua, Badung for the smooth running and success of the G20 Summit event.

Through his press statement, the Governor of Bali, Wayan Koster invited all balinese people and people to pray together to support the success of the G20 summit in Bali.

“I really want to support the smooth running and success of the G20 event, which will be held on October 26, 2022. This joint prayer will include 1000 Pinandita and will be attended by religious leaders of all religions, such as Islam, Christianity, Hinduism, Buddhism and Kong Hu Chu, all of them,” bali governor Wayan Koster said.

Wayan Koster added that joint prayers will be held simultaneously in each traditional village on the same day and hour.

“With the smooth and successful event of the G20 Summit, it is hoped that there will be a recovery in tourism that will have an impact on the economy of the People of Bali,” said Wayan Koster.

Meanwhile, in order to welcome the G20 Summit and beautify the Island of the Gods, the Bali Provincial Government will also install penjor at several points where the G20 venue takes place.

“The point has been determined from Ngurah Rai Airport to the G20 venues. This is a program from the Bali Provincial Government but will later be assigned to the Traditional Villages crossed in its territory. The penjor design has also been given,” said Wayan Koster.

The same thing was conveyed by the Chairman of the Parisada Hindu Darma Indonesia (PHDI) of Bali Province, Nyoman Kenak, who also invited religious people in Bali to enliven and make the upcoming G20 Summit event a success. According to him, the G20 Summit in Bali will have a positive impact on the Balinese people themselves.

“The impact on Bali is certainly very clear. For example, this is a restoration of Bali’s image that is ready to receive visits, both in order to invest and travel. For this reason, we must maintain the implementation of the G20 so that it is safe and smooth,” said Nyoman Kenak.

The G20 summit, according to Nyoman Kenak, is in the common interest. The success of the G20 in Bali will certainly provide positive things for Indonesia and Bali in the context of economic recovery.

“We know that the pandemic has devastated the economic joints, especially in Bali. For this reason, we must move and work,” he explained.

In line with this, the Regional Leadership Coordination Forum (Forkompimda) of Badung Bali Regency also urged the Balinese people to always maintain security and order until the implementation of the G20 Summit in Bali on November 15-16 will take place safely and smoothly.