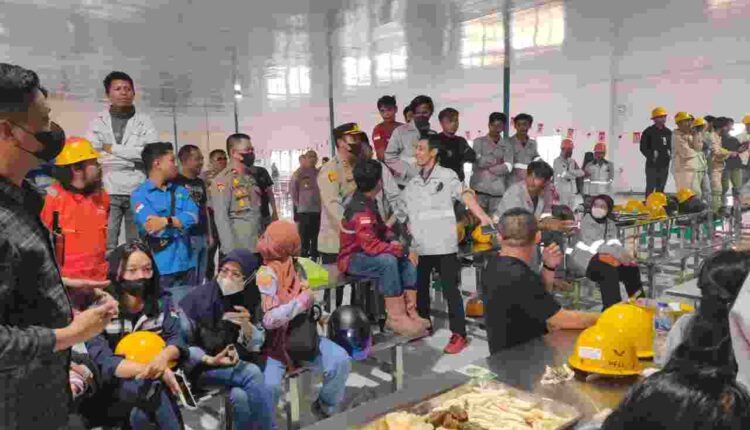 Mister Jiang Chao as public HOD PT . GNI said that the competition held was a form of togetherness among employees at PT. GNI to maintain the existing harmony.

“This activity is a form of brotherhood, togetherness, and gratitude for the company and employees, both local workers and foreign workers. To maintain harmony and strengthen each other,” said Mr. Jiang

The competition activities held by PT. GNI together with PT. SEI is a 10-person foot race, a hulahoop relay race , a flour relay, as well as a lucky draw.

As is known, on Saturday (14/1/2023) there was a riot that occurred at PT. GNI which involved TKA and TKI and resulted in two deaths.

This competition activity is to create brotherhood between TKA and TKI to be able to gather together while at the same time commemorating the momentum of the Chinese New Year celebrations in 2023. This activity runs safely, smoothly and conducively.

Even if PPKM is revoked , do n’t Slow down Fight against COVID-19