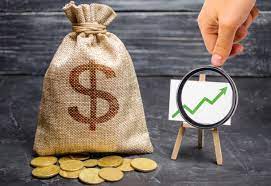 The government guarantees domestic and foreign investment to continue to develop its business in Indonesia. One way to do this is by issuing the Job Creation Law, which cuts down on regulations while providing legal certainty to investors.

On the occasion of a working visit to the United States, the Head of the Investment Coordinating Board (BKPM) Bahlil Lahadalia together with the Coordinating Minister for Maritime Affairs and Investment Luhut Binsar Pandjaitan held a meeting with 12 leaders of US companies.

In his official statement, Bahlil said that his party is of the opinion that a growing investment must be utilized by all, and can grow and grow together.

Meanwhile, Luhut Binsar Pandjaitan also said that one of the current focuses of the Government of Indonesia is related to the development of a green economy ecosystem, through the mechanism of energy transition from fossil fuels to renewable energy, restoration of ecosystems such as mangroves, peatlands and tropical forests.

Luhut assessed that the added value policy implemented by the Government of Indonesia since 2014 has had a positive economic impact, especially in the situation of the Covid-19 pandemic. Therefore, the Government of Indonesia now welcomes the interest of foreign investors in sectors related to the green economy ecosystem, especially in the energy transition mechanism and industrial estates, as well as industries with added value.

One of the sectors that dominate investment from the United States is the mining, services, utilities, chemical and pharmaceutical industries, and the food industry. Previously, Bank Indonesia (BI) noted that Indonesia’s International Investment Position (PII) increased in the fourth quarter of 2021. At the end of the fourth quarter of 2021, Indonesia’s PII recorded a net liability of USD 278.6 billion or 23.5 percent of gross domestic product (GDP). ). This figure has increased compared to net liabilities at the end of the third quarter of 2021 of USD 277.3 billion (24.2 percent of GDP).

In addition, Indonesia’s PII liability structure is also dominated by long-term instruments (93.9%) mainly in the form of direct investment. Going forward, Bank Indonesia believes that PII Indonesia’s performance will be maintained in line with efforts to recover the Indonesian economy from the impact of the Covid-19 pandemic, which is supported by the synergy of the policy mix of Bank Indonesia and the Government, as well as other relevant authorities.

Of course, Indonesia must be able to guarantee that investors from abroad feel safe when investing in Indonesia, because with the investment, there will be a lot of manpower absorbed.