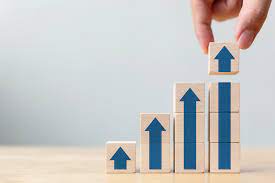 The Copyright Act (Ciptaker) is a reliable instrument to solve all economic problems in Indonesia, this law is also considered capable of solving investment problems, so that investment in Indonesia will also increase with the implementation of the Ciptaker Law.

The government has made maximum efforts to increase investment in Indonesia. In addition, the government has also prepared a one-stop investment through OSS (Online Single Submission) which is the implementation of the Job Creation Law. This is expected to have a multiplier effect on national economic growth, of course this will have its own affirmations and fiscal incentives designed.

Indonesia also faces challenges ahead to get out of the middle income trap and achieve the dream of becoming an Advanced Indonesia. For this reason, structural reforms are needed so that economic growth can be driven even higher.

The Job Creation Law and its 51 Implementing Regulations seem to have received positive appreciation from various international institutions. This is certainly a force to attract investors so that investment in Indonesia is getting stronger.

This labor absorption will of course have an impact on increasing people’s purchasing power in general, so that the consumption rate in Indonesia will also increase. This is proof that the Job Creation Law is a regulator capable of moving the national economy. The success of the Job Creation Law is also strengthened by data from the Central Statistics Agency (BPS) which shows that the gross domestic product (GDP) of household consumption expenditures reached Rp 2.42 quadrillion in the first quarter of 2022.

Coordinating Minister for Economic Affairs Airlangga Hartarto said the implementation of the Job Creation Act was a game changer in improving the economy in the country. At least, this law is able to attract investment to Indonesia. This law is also expected to encourage MSMEs to make it easier for their businesses to get permits. So it is hoped that this facility will create or absorb a larger workforce. On the other hand, the issuance of the Online Single Submission Risk-Based Approach (OSS-RBA) business license has issued 379,051 business permits for the period August 4-October 31, 2021.

In terms of investment origin, the issued business permits consist of 1,508 foreign investment (PMA) and 467,359 domestic investment (PMDN). To that end, Airlangga said that the government would continue to implement the job creation law both at the center and the regions. This follows the decision of the Constitutional Court related to the formal review of Law no. 11/2020 concerning Job Creation.

On a different occasion, the Minister of Industry Agus Gumiwang said that the realization of investment in the first quarter of 2022 had reached 23.5 percent of the target mandated by President Jokowi of Rp. 1,200 trillion by 2022.

Agus explained that his party is proactive in attracting national and global investors to keep investing in Indonesia. This aims to strengthen the structure of domestic industrial manufacturing so that it can be more globally competitive. In this case, the base metal industry is the dominant contributor. Then followed by the chemical and pharmaceutical industries, the food industry, and the motor vehicle and transportation industries.

Industry players who are increasingly aggressive in expanding their business certainly deserve our appreciation. The implementation of the Job Creation Law can serve as the basis for all economic sectors that function to increase the number of job absorptions. This of course will have a positive impact on increasing investment and consumption in Indonesia.