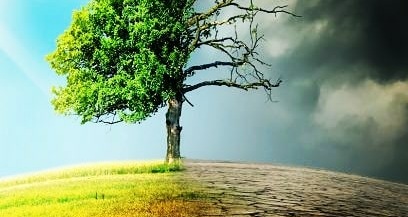 The Indonesian Parliament has been trusted to host the Inter Parliamentary Union (IPU) General Assembly for the third time. The first activity of the 104th IPU in 2000 took place in Jakarta, then the 116th IPU in 2007 was held in Bali and the 144th IPU this year will again be held in Bali on 20 – 24 March.

The making of Bali as the location of the 144th IPU is an important momentum for Bali to rise again after going through the Covid Pandemic in the last 2 years. This was stated by the Deputy Chairman of the House of Representatives Inter-Parliamentary Cooperation Agency (BKSAP) Putu Supadma Rudana.

Indonesia’s success in mitigating the Covid-19 pandemic does not necessarily ignore health protocols, especially in organizing an International Event which will be attended by representatives of Parliament from all over the world. Strict health protocols are a major concern by implementing a bubble system during the 144th IPU activity, as stated by the Chair of the Indonesian House of Representatives, Puan Maharani in a press release. This bubble system will limit individual interaction during the event, both participants and committee are only allowed to interact with each other.

In addition, the experience of the current Covid-19 pandemic teaches us that a major natural disturbance can occur instantly, and requires us to readjust the way we interact, manage crises and rebuild life in society. With the occurrence of a Pandemic that significantly limits the activities of the world’s people, it is necessary to adjust the form of interaction between individuals with the application of technology. The improvement of the technology function is expected to help in slowing down emissions, as conveyed by the Chairman of the Indonesian House of Representatives.

Puan said that the pandemic also showed how the use of digital technology can slow emissions, improve air quality and restore ecological sites around the world. However, this pandemic and the new normal are not enough to solve the wider and complex problem of climate change.

IPU President Mr. Duarte Pacheco previously at the session of Pre-Cop 26 in 2021 had reminded international parliaments of the report of the International Panel on Climate Change that humans have a significant role in the climate crisis and the target of a global temperature increase of 1.5 C is almost achieved. To address the issue of climate change, Parliament plays an important role through its legislative, budgeting, supervisory and critical functions, in meeting the targets agreed in the Paris Agreement on climate change.

In line with the attention of the President of the IPU, the 144th General Assembly of the IPU carried the theme Getting to Zero: Mobilizing Parliaments to Act on Climate Change. The Chair of the Indonesian Parliament, the First Woman in Indonesia, Puan Maharani, through the 144th IPU event, invited the active role of international parliaments to move together in the form of concrete actions to form laws that can reduce emissions in the face of climate change.

“We hope that through this event, parliament can strengthen its role in handling policies and laws to support sustainable living, with a focus on the environment and mitigating the impact of climate change and global warming. Not only that, we hope to be able to involve the public more through the media. our social services and other parliamentary channels in an effort to enrich discussion and debate, and ground our policies for society,” he said.

At the end of the 144th IPU activity, it is hoped that more world parliaments when they return to their countries can carry out their parliamentary functions in the form of real action against the climate change crisis after learning by dealing with one form of natural disturbance in the form of the Covid-19 pandemic that hit the economy and the economy. international community life. This real action is needed because the threat of natural disturbance due to climate change is a real event that will be faced if humans do not move together to overcome it.