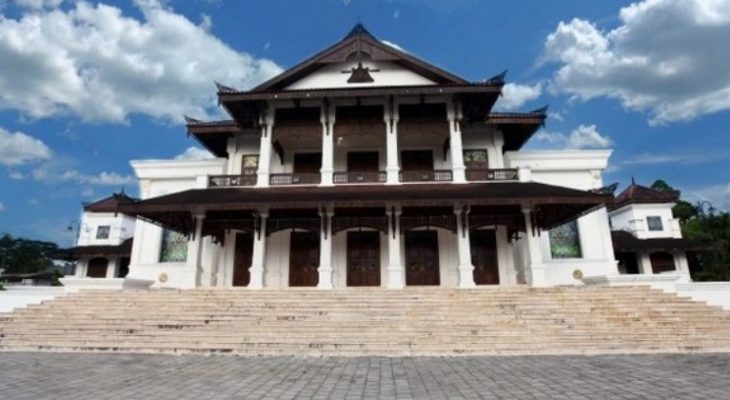 Keraton Kukar (Kutai Kartanegara) fully supports the development of the State Capital (IKN) in Penajam Paser Utara, East Kalimantan. The support from the Kukar Palace is a big capital for the government to accelerate the realization of IKN according to a predetermined schedule.

The relocation of the nation’s capital city from Jakarta to Penajam Paser Utara is already in the process of preparation because it will take years for everything to be ready for a total migration. The government is seriously planning and preparing the national capital (IKN) of the archipelago so that it will become a beautiful ultra-modern city. Penajam Paser Utara is indeed a suitable location for IKN because it is in the middle of Indonesia.

In the development of IKN, it is fully supported by all indigenous peoples in Kalimantan, including the Kutai Kartanegara Palace. Aji Bambang Fadli, the security commander of the Kukar Palace stated that as the security commander of the Kukar Palace, Ing Martadipura was basically proud and fully obedient in carrying out the orders of Sultan Kukar Ing Martadipura XXI H Adji Zainal Arifin who supported the IKN move to East Kalimantan.

The move of the capital city to Kalimantan was very well received by Keraton Kukar, who is a native of Kalimantan. The support from the Keraton really deserves appreciation because if the sultan supports it, the people will automatically follow. In fact, some of the customary land belonging to the Keraton will be given to IKN Nusantara territory.

The building construction process and socialization to the indigenous people of Borneo will run smoothly and will not trigger conflict and social jealousy. People will not be afraid of riots like the one that happened between migrants and natives of Kalimantan, in 2001.

In addition, if the Palace has given its blessing, it is certain that the infrastructure development at IKN Nusantara will not be hindered at all. Making a capital city is a big project and there may be people who want to do bad things because they don’t like progress. But in the end he did not move because he had to obey orders from Sultan Kukar to support the development of IKN in Penajam Paser Utara.

The people of Kalimantan themselves, especially the residents of North Penajam Paser also support the development of IKN because it will advance Borneo. First, representative roads and bridges will be built so as to facilitate the mobility of citizens. If in the past there was only a macadam or footpath, it would be paved with hot mix which is durable and smooth.

Second, representative schools will be built at IKN Nusantara. The school will educate the people of Kalimantan so that they will be more advanced in the field of education. That way, there will be equal access and also the provision of education to East Kalimantan, and remove the stigma that good schools only exist on the island of Java.

Panglima Aji Bambang Fadli continued, hopefully the IKN move to Kalimantan will preserve cultural heritage and local wisdom. These include the Ganjur dance and the mask dance, as well as the cultural heritage of the Kukar ing Martapura Palace. In a sense, when the IKN is established, it is hoped that the head of the authority and his staff will preserve the original dances of Kalimantan and perform them in opening events.

Keraton Kukar has given its blessing and supports the success of the IKN Nusantara development in North Penajam Paser. This support is expected to trigger support from other communities to participate in the success of IKN development.