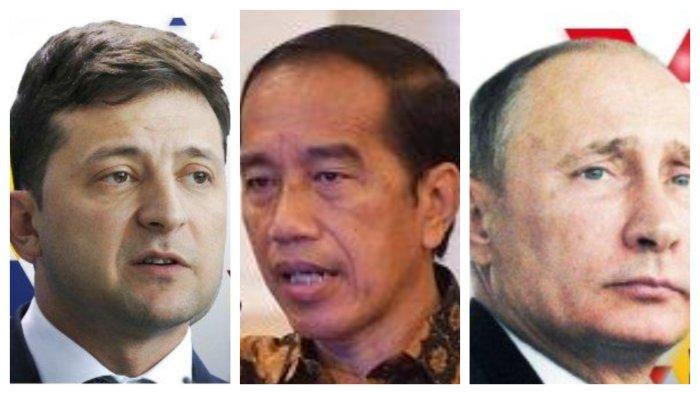 President Joko Widodo’s visit to Russia and Ukraine was a bold step. The arrival of President Jokowi is also expected to immediately end the conflict and create global peace.

Lately, the threat of a world economic crisis can even be said to have begun to be felt, inflation occurred in several countries and also the tragedy of the food crisis. One of the main things that triggered this incident was the conflict between Russia and Ukraine, which has not yet found its end.

Not wanting this to continue and drag on, finally President Joko Widodo made a bold breakthrough, namely to directly visit Russia and Ukraine in his capacity as G20 President, which is a direct initiative to immediately create peace between the two parties. .

Minister of Foreign Affairs Retno Marsudi stated that even in the midst of a difficult situation like now, President Jokowi will still contribute to peace because he also carries out the mandate as the G20 Presidency. In addition, Indonesia itself is a member of the Champion Group of the Global Crisis Response Group which was formed by the United Nations. So indeed he will not remain silent when he sees a country that continues to be involved in conflict. President Jokowi has arrived in Ukraine on June 29, 2022 and has met with Ukrainian President Zelensky.

The steps taken by President Jokowi received great appreciation from the Professor of International Law at the University of Indonesia (UI), Hikmahanto Juwana. He stated that the war between Russia and Ukraine had a very bad impact on many parties, even countries that had absolutely nothing to do with it also took the negative impact and the global economy was shaken as a result.

In addition to overcoming the food crisis and world economic crisis, the visit by the 7th President of the Republic of Indonesia is also an initiative from Indonesia which shows that the Unitary State of the Republic of Indonesia will always be actively involved in maintaining world order as mandated by the 1945 Constitution and has been the noble ideals of the founding fathers of the Nation since this country was founded.

Furthermore, what makes President Jokowi’s visit to Russia and Ukraine extraordinary is that it clearly shows how the reflection of a free and active foreign policy is shown by Indonesia in the eyes of the world. At all, Indonesia is not a one-sided country at all, so it will never provide assistance in the form of weapons or special military operations.

Hikmahanto stated firmly that Indonesia’s side is on world peace and how to end the human tragedy, which shows that Indonesia is a country that really cares about human rights.

Appreciation was also given by Member of Commission I of the DPR from the PDIP Faction, TB Hasanuddin, who stated that President Jokowi’s state visit to Russia and Ukraine was a positive thing for peace diplomacy and deserved full support.

The reason, according to Hasanuddin, with the visit made by the President of the Republic of Indonesia will certainly be able to encourage the conflict between Russia and Ukraine to subside and even be able to become a bridge for a peaceful solution between the two.

It is undeniable that the consequences that occur when the two countries are involved in conflict are to be borne by other countries and even the whole world. This is because the conflict between the two countries has created disruptions to the stability of commodity prices, such as crude oil and some food supplies, which are immediately disrupted at the global level. For example, the price of wheat and cooking oil immediately skyrocketed because the availability of supplies was very low.

)* The author is an observer of international relations

The Government Improves the Quality of Human Resources for Indigenous Papuans