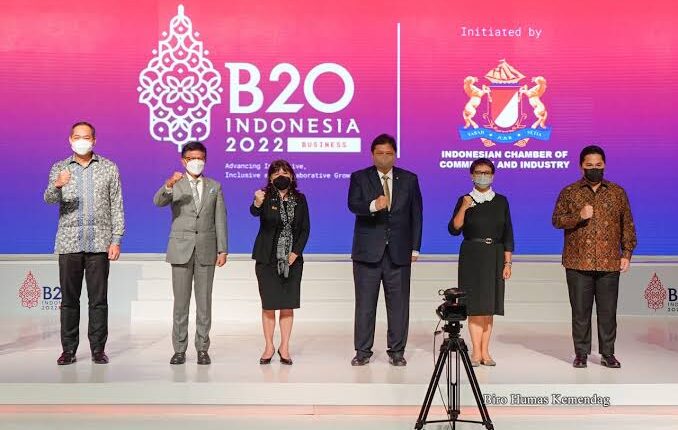 Indonesia’s economic recovery will soon be realized. One of the best moments is starting from the side event of the G20 High Level Conference (KTT) until the peak of the event later.

In 2022, Indonesia will become the G20 Summit Presidency. Then to enliven the event, Sandiaga Uno as the Minister of Tourism and Creative Economy will also carry out a side event with three main pillars which of course he wants to convey to the whole world.

It is planned that the side event will be held in the middle of this year and it is projected that the agenda will have such a wide impact on the community. Of course, by holding the G20 Summit in Indonesia, it is the best momentum for our nation at this time.

Because after 2 years of struggling and successfully controlling the Covid-19 pandemic well, it’s time now to step up and look far ahead. Sandiaga Uno stated that this point is a determination for us to be able to reorganize our economy.

The three main pillars that were mentioned were the green economy. Of course, if we talk about green economy projects, it cannot be separated from what is called sustainable development, besides that a new health architecture is also needed so that we are also able to help all G20 participating countries later. Then the third pillar is about digital transformation.

The launch of the side event is also one of the readiness that Indonesia has successfully shown in the eyes of the world that we are indeed ready to hold various international events. Including one of them is the G20 event itself, in addition we will also show that Indonesia is ready to welcome an economic revival by restoring various sectors that are able to open up wide employment opportunities.

In addition to showing a very convincing readiness, the existence of this side event will also build a positive image of Indonesia and be able to become a place to promote various kinds of cultural and tourism diversity that we have. By carrying out the big theme entitled “Recover Together, Recover Stronger”, Indonesia as the host wants to invite the world together to be able to make economic recovery stronger and also to become a sustainable recovery.

This is because now it seems that all countries no longer have boundaries, in the sense that all countries seem to have become increasingly integrated into one in the global economy. Moreover, it can also be said that almost the entire world has experienced the Covid-19 pandemic so of course we will not be able to survive if we do not rise up together.

Therefore, at the G20 forum later, Indonesia has a strong determination to be able to continue to encourage collective efforts from all over the world in realizing policies that will indeed have an impact on global economic recovery in an inclusive manner. The election of Indonesia as the Presidency at the G20 Summit will of course also provide many benefits for the country.

Especially in the economic field, Coordinating Minister Airlangga Hartarto said that if the meeting was held in person in the form of a physical presence, then at least our domestic consumption would immediately increase by IDR 1.7 trillion, National GDP would increase to IDR 7.4 trillion and absorb energy. The work done by MSMEs can reach 33 thousand.

The holding of the G20 Summit will certainly benefit us a lot and is the best momentum to be able to get up soon, especially in the economic sector. Therefore, the full support of the community is needed so that the event runs safely and smoothly.

IKN Development Does Not Disturb Reforestation and Forest Revitalization in Kalimantan