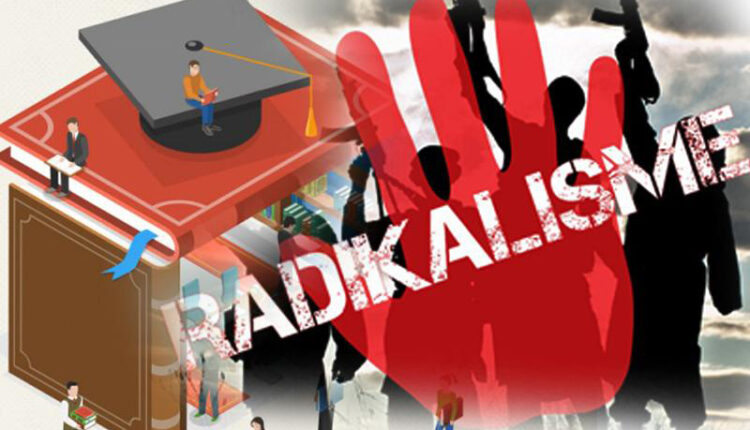 Radicalism and terrorism are things that damage the joints of the unity of the Indonesian nation. Radical ideology has been proven to make someone disagree with Pancasila, while terrorist ideology has made humans lose their humanity, terrorists have the belief that destroying places of worship and carrying out acts of terror are worship, this is clear evidence of undeniable error.

We used to hear the name NII (Indonesian Islamic State), where the group often did ‘brainwashing’ in recruiting them. This made the residents restless, especially since the target recruited at that time were students from various campuses.

We need to know that brainwashing is clearly against the norms and teachings of Islam. Therefore, the role of religious leaders and the government is to optimize counter issues by providing lessons on faith and deepening anti-radical Islamic teachings. The reason is that the radicalism movement in Indonesia is a latent danger that can threaten security stability. The main thing is the religious-based radicalism movement.

Various propaganda about radicalism can still be seen in several places, such as universities, mosques, community organizations and even within the scope of the government it has now entered its territory. The State Intelligence Agency (BIN) has even confirmed that there are state universities in Indonesia that are exposed to radicalism. There are 7 state universities and 39 percent of students who are interested in understanding this.

In fact, there are very few adherents of radicalism in Indonesia. In addition, the concept of the caliphate is also not sold in Indonesia. However, the growth of this understanding has become very widespread, in this case the government clearly must not be negligent because radical understanding can become wider if deradicalization efforts are not carried out.

In addition, adherents of radicalism also use social media to spread their heretical ideas. This is where they begin to poison anyone who is curious about the notion that can mislead the mind.

There are three radical categories, namely low, medium and high. If the low is still in the tolerable category. If it’s already starting to turn yellow, this yellow sign needs to be watched out for and needs to be addressed. While high means that it is severe enough, so this needs to be even sharper for how to neutralize the situation.

In this case, explaining the high or red category includes showing sympathy for Radical groups who often spread ideas that can damage inter-religious unity. Meanwhile, terrorism is a form of action that aims to cause damage under the pretext of jihad.

In addition, it should also be noted that terrorism and radicalism have political goals to seize power, establish a caliphate and enforce sharia according to or according to their version. This of course is not in accordance with the Pancasila ideology which has been fought for to remain an inseparable part of the Unitary State of the Republic of Indonesia. The Indonesian state which has the motto Bhineka Tunggal Ika is not a caliphate state.

Currently, there has been a shift in the pattern of spreading the notion of terrorism from offline media to online media, so that BNPT has an increasingly important and complicated role in preventing and overcoming terrorism. Moreover, the number of Internet users in Indonesia has increased by 15.5%, this year’s total is no less than 202.6 million internet users in Indonesia.

ISIS is also noted for using social media to recruit sympathizers from various countries including Indonesia. There are even Indonesian citizens who burn their passports when they arrive in Syria. With the burning of the passport, of course, is proof that he no longer believes in Pancasila and the Unitary State of the Republic of Indonesia.

In any religion, the act of suicide bombing with the aim of destroying peace is a misunderstanding that needs to be straightened out. Of course, this requires the role of various parties, especially religious leaders.