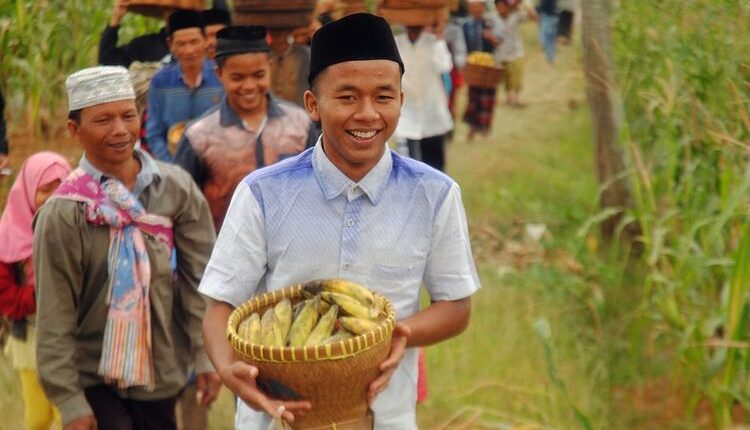 Radicalism is a dangerous ideology that can create national divisions. Therefore, it is necessary to strengthen tolerance and local wisdom that is effective against radical understanding.

One of the things that makes the Indonesian nation unique is that its people have strong and unique local wisdom values. Even the people of the country themselves are actually people who really love peace and continue to adhere to living in harmony side by side with a very high value of tolerance because Indonesia has always consisted of many cultural backgrounds, but in fact they can still unite to repel invaders.

Even the founding fathers of the Nation later attached a motto, namely Bhinneka Tunggal Ika, which is the original reflection of the Indonesian nation because of its diverse society, but in fact it can still form a strong unity.

However, recently, with the movement of group propagandists and radical understanding, it turns out that this will certainly have a huge impact and erode local wisdom and the values ​​of intolerance that have been owned by the Indonesian nation for a long time. Because when the radical group’s agenda is successfully disseminated, then society will slowly become more intolerant and in the end it may create chaos with acts of terrorism.

Therefore, it is really important to continue to be able to ward off understandings that are very contrary to the Pancasila ideology, namely one of them is the Humanitarian Social Alert Movement (GASSAK) with the discussions they hold including also to continue to inflame the spirit of diversity.

Regarding this, the Chairman of GASSAK, Zan Yuri Faton, said that radicalism and intolerance movements, even those that lead to acts of terrorism, are very vulnerable to emerge in the community. In fact, several times there have been residents who were indicated to be involved in radical and intolerant movements.

But fortunately, the Government and the Police have very responsive preparedness so that these indications can be clearly identified immediately. Several examples of the findings of the existence of communities indicated by radicalism were disclosed. Faton explained that there are people who suddenly oppose culture and local traditions or wisdom by calling it an act of shirk. They seem to always impose their religion, belief or belief by considering themselves as the most correct party and easily accusing others of being infidels or heretics.

The head of GASSAK also explained that the community should continue to preserve the culture and local wisdom in their respective regions, including continuing to inflame the spirit to maintain the culture of mutual cooperation, get along harmoniously and care for each other while still holding on to ancestral traditions.

However, with the existence of this radical and intolerant understanding, it turns out that it continues to try to erode local culture and wisdom in the community so that it is clear that Faton asserts that this is very dangerous for the unity and integrity of the Indonesian nation, and is very contrary to social values ​​and injures universal humanity.

For this reason, it is very important to continue to enliven education with a cultural approach and local wisdom, as well as humanitarian activities. All parties must actively participate in inviting the public to be able to fight and reject all forms of radicalism and intolerance, especially terrorism efforts in order to maintain a conducive atmosphere in the country.

The chairman of the Garuda Defense Alliance (ABG), Totok Ispurwanto also emphasized that intolerance is indeed very dangerous for the Indonesian people who carry the motto Bhinneka Tunggal Ika. According to him, radicalism and intolerance are foreign cultures that target local culture and wisdom to be destroyed.

Furthermore, if it is able to eliminate the original culture of Indonesia, then after a long time the foreign understanding will change the ideology to change the system of government. So, radicalism and intolerance must be countered with the local culture and wisdom of the people themselves.

Meanwhile, Head of the Gunungkidul Ministry of Religion (Kemenag) Office, Saban Nuroni also said that true religion would never teach violence, so radicalism and intolerance that ultimately lead to acts of terrorism are indeed very contrary to religious values, so religious moderation is very important.

On another occasion, the Director of Deradicalization of the National Counterterrorism Agency (BNPT), Irfan Idris also emphasized that indeed radicalism and terrorism are a very extraordinary threat because they are crimes against humanity, transnational crimes to very serious crimes.

RKUHP In line with UU ITE