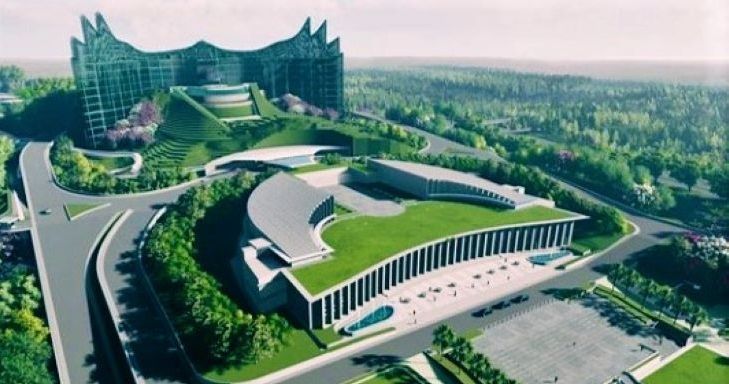 The construction of the National Capital City (IKN) of the Archipelago will maintain the preservation of nature in Kalimantan. In fact, IKN will realize the Forest City concept in order to maintain Kalimantan as the world’s lungs .

The State Capital of Indonesia will be moved from DKI Jakarta to North Penajam Paser, East Kalimantan. This transfer has been planned for a very long time, because the discourse has existed since the New Order era. Former President Soekarno wanted equality throughout Indonesia, therefore the capital must be in the middle, namely the island of Borneo.

However, the relocation of the capital has worried some parties. The reason for this is because in North Penajam Paser a large-scale construction was carried out, starting from the Presidential Palace to the buildings of ministries and state institutions. Therefore, there is concern that this development will damage the function of Kalimantan, which is one of the world’s lungs.

President Director of PT Amarta Karya, Nikolas Agung SR, stated that the construction of the IKN will combine three urban concepts, namely smart city, forest city and sponge city. This means that the development of IKN is not just making tall buildings. But there is an environmentally friendly concept so that Kalimantan will remain the lungs of the world.

The definition of a forest city is a city that is in a forest. IKN Nusantara is very interesting because of its position in the middle of a beautiful forest. So, there will be no cutting of trees in North Penajam Paser, for the sake of building a government building. Precisely the building is ‘inserted’ in the middle of a forest and arranged so that no trees are cut down arbitrarily.

The public need not worry because the government will continue to maintain Kalimantan’s status as one of the world’s lungs. To overcome global warming , deforestation is strictly prohibited, for any reason, including the construction of a capital city. Maintaining environmental balance was one of President Jokowi’s promises in the 2019 election, and will continue to be fulfilled when he becomes head of state.

With the forest city concept , government buildings will be surrounded by trees, so ASNs can work optimally, because they feel at home in a cool office even without air conditioning. Moving the capital city will not force North Penajam Paser like DKI Jakarta, which is hot and full of tall buildings. Precisely moving will change the concept of the capital to be greener.

The forest city concept at IKN is also supported by smart cities because everything is made paperless and uses the latest technology. In that sense, forms in government agencies and other offices will be present in electronic form.

When the form does not need to use paper it will be environmentally friendly, because paper is made from wood, which is obtained from trees. This will reduce the level of dependence on wood, and the trees will be saved. Kalimantan will continue to be the lungs of the world and its trees are maintained so that they thrive.

With the paperless concept, besides being environmentally friendly, it also shows modernity. All IKN employees understand technology and no one is unable to use electronic devices and forms. They will teach if there are residents who have difficulty filling out the Google form .

Meanwhile, Director of the State Apparatus of the Ministry of National Development Planning, Prahesti Pandanwangi, stated that sponge city can collect rainwater and use it as a water resource. This city can keep rainwater from going straight into the drainage canal, and can increase infiltration into the ground.

This means that IKN will become a sponge city because of the presence of trees in it. Apart from being a filter for the air and the lungs of the world, trees in the forest also function to absorb rainwater like a sponge. So that during the rainy season it will be safe and not flooded, because the water is well absorbed by tree roots.

Don’t imagine that moving the capital city to Kalimantan will make it look like DKI Jakarta. In Batavia, since the colonial period, there have been frequent floods because there was no absorption of water, and trees were cut down to make way for residents’ housing. However, in Kalimantan the trees are not cut down for the sake of development, instead they are maintained so they can absorb water and be flood free.

When the tree has absorbed water, it will be regulated so that the water absorbed becomes a new spring. IKN residents will not be afraid of drought during the dry season. Also not afraid of flooding during the rainy season.

Government Accelerates Vaccination of COVID-19 to All Levels of Society