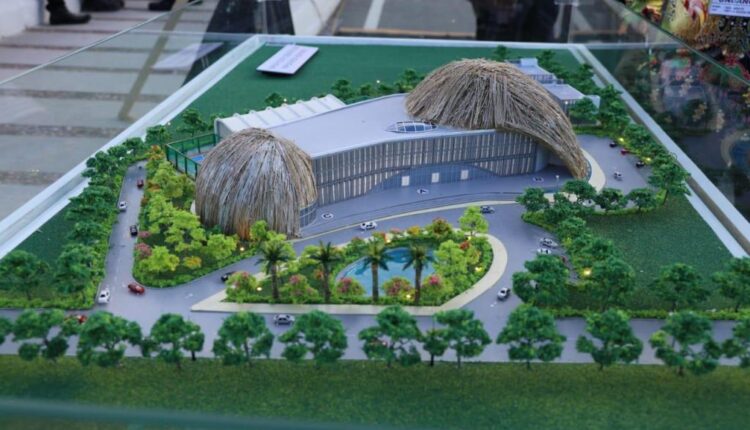 Papua Infrastructure Development is Proof that Papua is not a stepchild of the Republic of Indonesia, this is evidenced by the existence of the XX PON infrastructure development in Papua which turns out to have a positive impact on the economy.

In addition, he also considered that the use of infrastructure after the PON Papua was the key so that the sporting event could provide long-term benefits for Papuans. On a different occasion, Indonesian Vice President Ma’ruf Amin stated that there was a need for development synergy both in terms of welfare and security.

Vice President Ma’ruf Amin considered that the acceleration of this development could not run well if from a security perspective it was still a concern. Therefore, he has also given a mandate to the Coordinating Minister for Political, Legal and Security Affairs (Menko Polhukam) to lead coordination related to security in Papua with the TNI Commander, Head of the State Intelligence Agency (BIN), Chief of the Indonesian National Police (Kapolri) and Minister of Home Affairs. State so that security measures in Papua can be well integrated.

Ma’ruf added that this harmonization can occur, one of which is by listening to the aspirations of various elements of the community in Papua so that the results achieved later are realistic and in accordance with the needs and desires of the local community.

One of the infrastructure developments whose benefits can be directly felt is the construction of Trans Papua. The Ministry of Public Works and Public Housing (KPUPR) said the length of the Trans Papua road in Papua reached 2,902 km.

Jayapura-Elelim-Wamena is the longest trans-Papua road in Papua. Elelim, the capital of Yalimo Regency. Previously, there was already a road from Wamena to Elelim. Through this road, a new route was opened from Jayapura via Senggi, Keerom Regency.

Head of the Papua Province Bank Indonesia Representative Office (KpwBI), Naek Tigor Sinaga, said that the Youtefa bridge is currently one of the most attractive buildings in Papua. Naek said, the philosophy of the image is connectivity that is realized by the existence of a bridge that is useful to facilitate community mobility, especially those in Jayapura City and its surroundings.

It should also be noted that before the bridge was built, the journey from the government area to the Muara Tami District had to cover a distance of 35 km and took about 1 hour. However, if you pass the Youtefa Bridge, the distance will be about 12 km with a travel time of about 15 minutes.

This 732 meter long and 21 meter wide bridge is a steel arch type bridge that can shorten the distance and travel time from Jayapura City to Muara Tami District and to the Skouw State Border Post (PLBN) border area of ​​Indonesia – Papua New Guinea.

Improved connectivity also improves social life, because people can visit each other more often. Road construction leads to lower costs and travel times. This is of course very profitable for farmers and traders to distribute agricultural products and merchandise.

One of the importance of development for Papua is the high poverty rate in Papua. Until the end of 2020, the percentage of poverty in Papua reached 26.8 percent. This figure refers to the number of people living in poverty in Papua, more than a quarter of the population.

Infrastructure development in Papua is of course a government strategy to improve the welfare of the people of Papua and West Papua.

)* The author is a contributor for Papuan students living in Yogyakarta