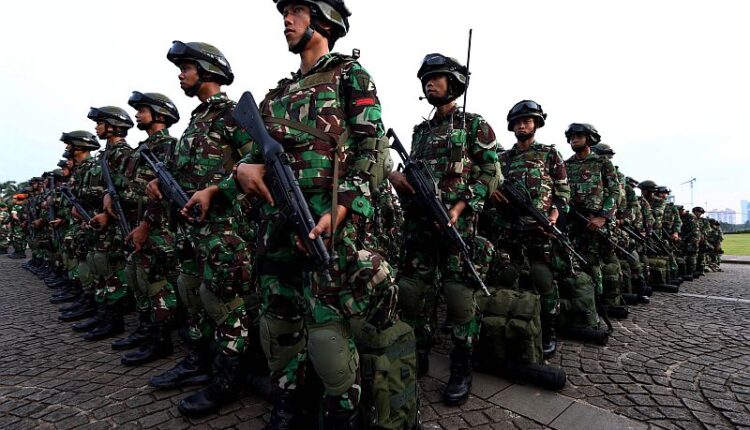 For a long time, the Separatist and Terrorist Group (KST) has been a source of conflict and disturbing the peace of the Papuan people. The community also fully supports the presence of the TNI/Polri in Papua to crush the gangs for the success of Papua’s development.

The people of Papua have been living in peace and they are happy because they have been blessed with sufficient natural wealth and produce. However, this harmony can be broken in an instant because of the actions of KST, which is always a mess because it insists on independence. They deliberately throw a tantrum because they want to create the Federal Republic of West Papua and consider the Indonesian government to be the enemy.

The government certainly does not remain silent in dealing with KST, because their existence is dangerous for the sovereignty of the nation and the security of the people on Earth of Cendrawasih. Deputy V of KSP (Presidential Staff Office) for Law, Security, and Human Rights Jaleswari Pamodhowardani explained that KST was very brutal, therefore the authorities had to act and carry out complete law enforcement on KST.

Jaleswari added that KST deserved to be arrested because they were disturbing civil society. They also damaged public facilities and health facilities. Lastly, KST had the heart to attack the medical personnel in Kiwirok and cause casualties, even though at that time they were on duty to check the health conditions of the people there. Therefore the arrest of KST by the authorities is fully supported.

The apparatus is always on standby in Papua, not to ‘turn’ it into a military operation area, but to maintain the security of the people on Earth of Cendrawasih. In addition to the officers who usually work, they were greatly assisted by the Nemangkawi Task Force, which was specifically deployed to hunt down KST members. The members of the Task Force are the nation’s best sons who are willing to go to the forest to defend their country.

The Nemangkawi Task Force actually went down directly to look for the KST headquarters, because they were guerrillas in the middle of the wilderness and mountains. The geographical condition of Papua which is still green is advantageous for them to hide. So that KST must be very careful to find the KST headquarters, especially since the bases are not only 1 but many and scattered.

In a press release from the Nemangkawi Task Force Public Relations, it was stated that the joint team of TNI and Polri succeeded in mapping out the hiding places of KST members. The location is not only in Intan Jaya, but also in Iwika District, Mimika, and other areas. With this mapping, the capture will be more structured and predicted to be 100% successful.

The joint military and police officers were indeed assigned to assist the Nemangkawi Task Force in arresting KST. The goal is to ensure the safety of the citizens. Do not let KST escape and shoot civilians and another tragedy occurs because of the many victims.

Within a month, the Nemangkawi Task Force was able to arrest 15 KST members. They were caught and immediately interrogated, in order to provide information on where the rest of the troops were, so that the next arrests would be smoother. However, if there are KST members who surrender themselves to the Indonesian government, they are also accepted, although inspection and supervision are still being carried out.

KST’s arrest was intended for security reasons, because they also interfered with development projects in Papua, such as on the Trans Papua road. A number of officers were dispatched to guard so that the workers felt safe and KST did not dare to act. For the success of Papua’s development, KST must indeed be arrested.

The community continues to support the security forces in arresting KST members, because they are aware that the task of the TNI and Polri is to maintain order and peace in Papua. Earth of Cendrawasih can prosper if there is no KST. They can no longer interfere with Papua’s development projects because they have been caught.

Beware of Rising Covid-19 Cases in Some Areas