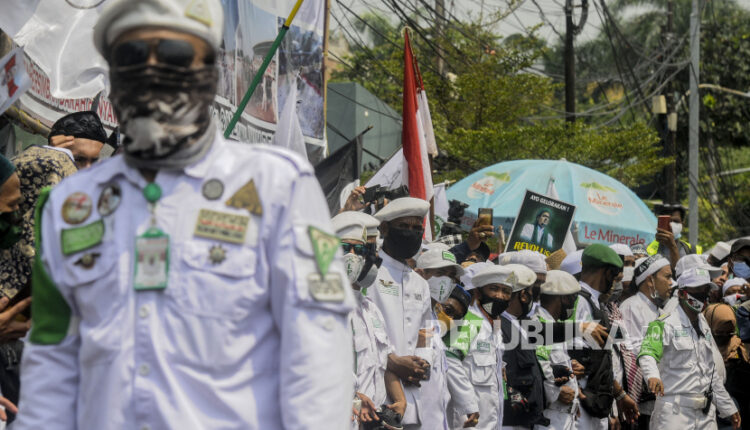 Approaching Christmas, the police have become increasingly strict in maintaining security so that it is always conducive. Because there are only people who threaten harmony between the people. One of them is a mass organization that is too fanatical, to the point of doing sweeping Christmas attributes in malls and other places. Even though they are not the party entitled to do so.

December 25th is a day awaited by Protestant Christians and Catholics, because they celebrate Christmas. On that happy day, they express joy by decorating, either with decorative cypresses or other trinkets. Malls and other crowded places are also decorated with green and red ribbons, and employees wear Santa hats.

Unfortunately, the beauty of this decoration has threatened to be damaged by sweeping from intolerant mass organizations, such as FPI and several other community organizations. They immediately got emotional, and ravaged it barbarically. Also threatened employees wearing red Santa hats and forced them to take off. Even though this act is certainly prohibited, because he takes the law into his own hands.

Coordinating Minister for Political, Legal and Security Affairs Mahfud MD stated that no sweeping should be carried out by mass organizations, ahead of Christmas and New Year, because it is not permitted by the government. Because according to him, only the apparatus could do it. So that when there is a sweeping by a mass organization and the officers stop him, he should not be angry because of his wrongdoing.

What are the reasons for mass organizations to conduct sweeping? They always hide behind the word ‘coercion’, because employees who wear Santa’s red hats don’t actually celebrate Christmas, and when they don’t, they will be threatened by the boss. Though it is not necessarily true, because they could be Christians. So it’s okay to wear Christmas attributes.

Home Affairs Minister Tito Karnavian emphasized that a boss should not force employees to wear Christmas attributes. Because he could be convicted when caught. This step is also taken to prevent sweeping by mass organizations that are often carried out ahead of Christmas and New Year. He also asked mass organizations to refrain from sweeping carelessly.

These mass organizations cannot carry out sweeping, because they must understand that in Indonesia there are 6 recognized religions. So we have to respect each other between people, and not force them to remove decorations during certain holidays, including Christmas. Do not sweeping carelessly on the grounds of defending the people, because it is embarrassing and shows intolerance.

When they do sweeping, it will disturb the public. Entrepreneurs will be afraid to decorate their shop with Christmas red and green ribbons, which is fine because they celebrate it. After all, why would there be sweeping organizations, because they clearly ruined the happiness of other people who were welcoming the holidays and the new year.

Kombes Yusri Yunus, Head of Public Relations at Polda Metro Jaya stated that any mass organization caught sweeping will be dealt with firmly. Referring to article 60 of Perppu number 2 of 2017, parties who carry out sweeping carelessly will be threatened with a sentence of 6 to 12 months in prison. Because they broke the criminal law.

No more sweeping ahead of Christmas and New Year. Ormas must understand that Indonesia is a Pancasila country and they are obliged to learn how to respect other people’s holidays. Do not even sweep carelessly and disturb the public, because you take off the red Santa hat that other people wear.

Beware of the Provocation of Separatism Using Papuan Students

The referendum does not apply to Papua