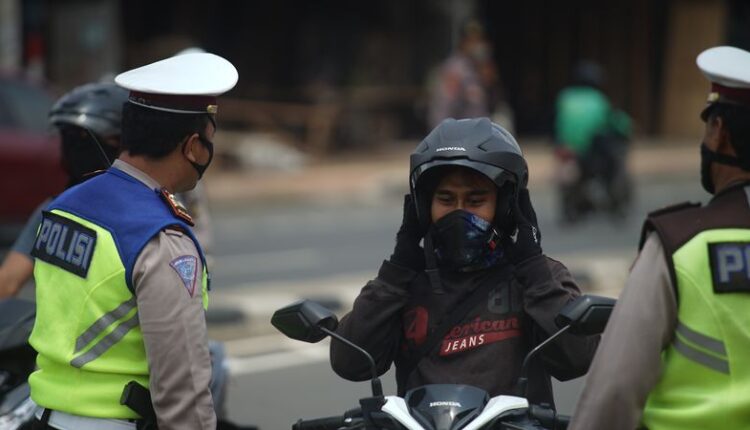 The Covid-19 pandemic still occurs, not only in Indonesia but throughout the world. Nevertheless, public awareness of health protocols began to weaken with a marked increase in positive patients every day. The government needs to set strict sanctions for violators of health protocols.

During the Covid-19 Pandemic, we were presented with photographs of long lines of prospective passenger passengers at Soekarno Hatta Airport. Not just length, queues also ignore the rules of distance. The description of the airport’s atmosphere is not much different when the flow back and forth at the Railway Station.

In plain view, so many violations of health protocols have been violated. The airline even admitted the number of passengers on a number of flights exceeds the maximum limit of 50%, As if there was no authority of the airline to be able to comply with what has been determined through the Minister of Transportation Regulation No. 18 of 2020. In fact, this had made the transportation ministry immediately fielded an investigation team.

The incident that happened at Soetta Airport certainly alarmed the enforcement of discipline by imposing strict sanctions. Unfortunately, even though Permenhub 18/2020 regulates quite detailed health protocols in transportation facilities and infrastructure, there is no threat of sanctions mentioned.

One of the supports came from the Regent of Landak who said that this needed to be done in order to improve discipline that could ultimately control the spread of the corona virus in Indonesia, which was at the highest position of transmission beyond the country of China.

Regent of Landak Karolin said that discipline, especially in compliance with this health protocol, was very important for all Indonesian people, as we know that Indonesia is in the top position for the Asian region in the case of transmission of this virus. Therefore, we must jointly support the President’s instructions (Inpres).

Karolinjuga said that increasing public discipline in complying with health protocols is a must, especially in reviving the community’s economy amid the corona virus pandemic.

He also explained, if we let it ignore this health protocol, it will actually become a new problem for our region, but with this sanction, the level of public awareness will be even better can impact on the improvement of the economy that previously declined.

Karolin said that it was actually not difficult to implement this health protocol, one of which was to wear a mask when leaving the house. But the reality is not a few who are reluctant to apply it even when gathering together.

Previously, President Jokowi said that socialization and education were still insufficient to improve public discipline in health protocols. Therefore, the President has prepared strict sanctions for violators, in the form of fines or social work.

Elsewhere, South Sulawesi Covid-19 Task Force Accelerating Task Force Team Consultant Member, Prof. Syafri Kamsul Afri said that tightening the implementation of the health protocol to prevent new cases of Covid-19 was urgently needed. Namely in the form of punishment both in the form of fines and social sanctions.

He also emphasized that regulations through regional regulations governing the implementation of sanctions should be encouraged by each local government. Regulations that serve as a legal umbrella in providing penalties for violating citizens.

Syafri also gave an example, for example if someone does not wear a mask, then it must be dealt with on the spot. Like the police who were giving a number to motorcycle users who were proven violating traffic rules.

Meanwhile, Gorontalo Governor Rusli Habibie apparently showed his seriousness in cracking down on violators of health protocols during the new normal transition. He is also ready to apply strict sanctions regardless of the reason.

The application of strict sanctions is only awaiting the issuance of the presidential decree. The application of this regulation certainly requires commitment from various parties in the region, to always be firm in efforts to break the chain of distribution of co-19.

Adaptation of New Habits to Restore the Tourism Sector