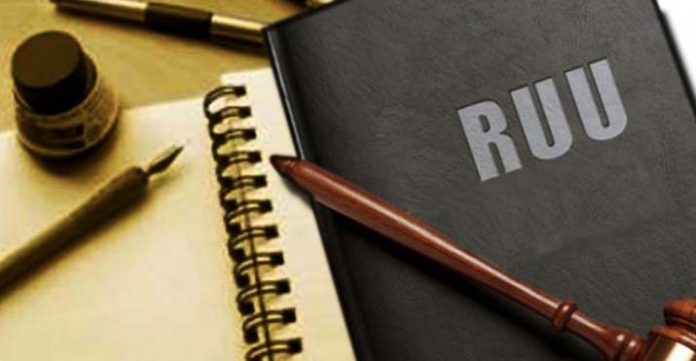 The Covid-19 pandemic is considered to have raised unemployment in Indonesia. Some parties also consider the Work Cipta Bill to be immediately passed into law because it is considered capable of reducing unemployment.

Ahead of entering the new normal Corona virus pandemic phase, the International Labor Organization (ILO) stressed the importance of job creation in response to the increase in unemployment during the covid-19 pandemic.

Tauvik Muhammad as the manager of the ILO Jakarta skills development program said, Covid-19 could increase unemployment in Indonesia which even before the pandemic reached 20.4 percent or was already high enough when compared with the global average.

He said, Indonesia needed policy integration. Because on the one hand, Indonesian workers are dominated by informal sector workers with low education, but the fact is that Indonesian people are integrated in a free market with economic digitalization and industrial automation.

According to Tauvik, the challenge in creating jobs in new normal times is to balance policies in the health, economic and social sectors, which can only be done if Indonesia has succeeded in establishing a virus spread curve.

He also said that job creation is a necessity to accommodate Indonesia’s demographic bonus which is expected to occur in 2030, when the number of productive age population is higher than the elderly or school age population.

Of course this demographic bonus must be put to good use, otherwise this has the potential to trigger social conflict.

Head of the Population and Family Planning Agency (BKKBN) Hasto Wardoyo said the co-19 pandemic did not only have an impact on the country’s economy. The disease caused by the Corona virus also impacts the demographic bonus targeted at Indonesia.

The demographic bonus has indeed become a special concern for the government in recent years. The number of productive ages in Indonesia is currently twice as large as the population with unproductive age population. Productive age starts from 19 to 59 years, while non-productive age is 0-14 years and above 60 years.

The impact of demographic bonus will certainly be related to the ability of the population to work and the availability of jobs.

Meanwhile, PPN Minister Suharso Monoarfa has stressed that the covid-19 outbreak had caused 2 million to 3.7 million workers to be laid off and laid off.

From these data, only 1.7 people were verified to have been affected by their livelihoods due to diseases caused by the Corona virus. Therefore Indonesia needs regulations to create jobs so that unemployment can be absorbed into the world of work.

Santo Dewatmoko as an economic observer said, the Work Cipta Bill could be a solution in reducing the number of unemployed people if it was passed into law.

According to Santo, job creation is still around 2 million to 2.5 million per year. He said that the high unemployment rate was exacerbated by the co-19 pandemic.

He also considered, during the co-19 period, not a few entrepreneurs who did layoffs, resulting in a lot of unemployment.

Santo is of the opinion that the Employment Creation Bill has a positive value, which can absorb more labor. So that unemployment can be reduced and reduced.

In addition, he also considered that the Employment Creation Bill would be one of the regulations that anticipated demographic bonus experienced by Indonesia. According to him, this demographic bonus can be an opportunity or threat.

Moreover, 68% of Indonesia’s population are in productive age. This productive age group must be prepared for employment so that the demographic bonus does not become a social disaster.

Of course we do not want the new normal phase to become a new poor phase for people whose work careers are affected by the co-19 pandemic.

This uncertain economic condition certainly needs improvement, so before the co-19 pandemic ends, a formula is needed to be able to revive the economy in Indonesia.

If the omnibus law is applied, of course the company and industry will not arbitrarily lay off employees without severance pay.

One such formula is that the work omnibus law is predicted to absorb investors so that it will have an impact on the absorbed local workforce.

)* The author is a contributor of Reader Institute

Beware of the Radical Movement in the Covid-19 Pandemic Era