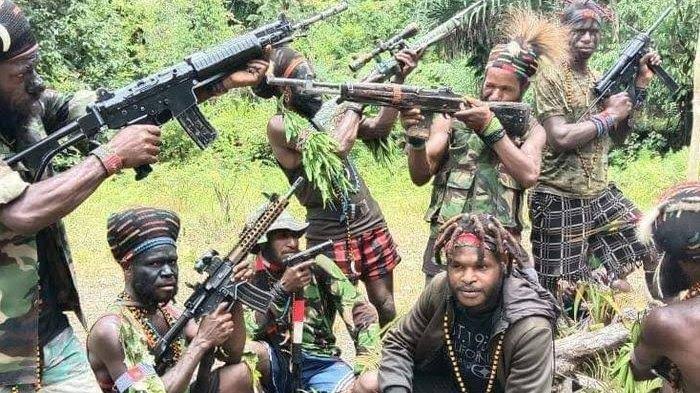 The Armed Criminal Group (KKB) does not seem to be bored in spreading terror, which has disturbed the lives of people in Papua. The brutal action seemed endless until it claimed lives. NMs have also criticized the KKB’s acts of terror which have gone beyond humanitarian boundaries.

Responding to the intensity of the KKB’s crimes, Papua Police Chief Inspector General Paulus Waterpauw did not deny that anyone supported the KKB’s brutal actions. So far the police have also continued their efforts to uncover and arrest the KKB and its supporters.

On January 10, a member of Yonif 400 / BR, Prada Agus Kurniawan, died in a gun battle with an armed criminal group (KKB) in Titigi, Intan Jaya Regency, Papua. Prada Agus died due to the gunshot wound he suffered.

Dandrem 173 PVB Brig. Gen. Iwan Setiawan confirmed the incident of gunfire which resulted in the death of a TNI soldier.

Apart from soldiers, they also shot a resident in Intan Jaya, Papua named Boni Bagau. The shooting was carried out because the KKB suspected that the citizen was a TNI-Polri spy.

The shooting action launched by the KKB poses a serious threat to the sovereignty of the Republic of Indonesia and the progress of the development program in Papua which is being promoted by the government.

The assertiveness of the TNI / Polri is absolutely necessary to eradicate KKB, this is because these groups have spread terror and even show resistance to the TNI / Polri.

Meanwhile, as many as three members of the armed criminal group (KKB) in Intan Jaya, Papua, died while trying to attack security forces. The three were known as Janius Bagau, Januarius Sani and Justinus Bagau.

Two of the three KKB members who died were known to be the ones who had previously provoked an open war against the security forces some time ago.

The TNI then checked the identity of the citizen who suffered gunshot wounds and it was found that the one named Janius Bagau.

The incident began when residents and the church pastor brought a resident who had suffered a gunshot wound to the puskesmas.

The attack that was carried out by the KKB certainly posed a serious threat to the sovereignty of N KRI and the progress of the development program in Papua which was being promoted by the government.

These improvements are apparently in line with Presidential instruction Number 9 of 2020 concerning the acceleration of welfare development in Papua and West Papua Provinces.

In addition, a study conducted by the Indonesian Institute of Sciences (LIPI) and The Asia Foundation in 2018 shows that the construction of road networks in the region has improved the socio-economic life of the community through improved connectivity.

In October 2014, the President of the Republic of Indonesia, Joko Wdodo, emphasized that one of the domestic policies is to develop and build infrastructure throughout Indonesia.

This certainly has become a deep commitment that we will not leave anyone, and we need to embrace people who have felt abandoned and unattended.

Of course, it would be very dangerous if the KKB was left alone, because all their acts of terror could hinder the government’s efforts to build the Cenderawasih Earth.

The community certainly cannot forgive the KKB’s brutal actions, so there is no other choice for the apparatus but to eradicate the KKB to its roots, for the sake of accelerating development in Papua and West Papua.

) * The author is a Papuan student living in Surabaya

Fight Hoaxes and Succeed in the Corona Vaccination Program

Spokesman from Ministry of Trade : The Government’s Efforts to Export in the Middle of a Pandemic Need Private Support