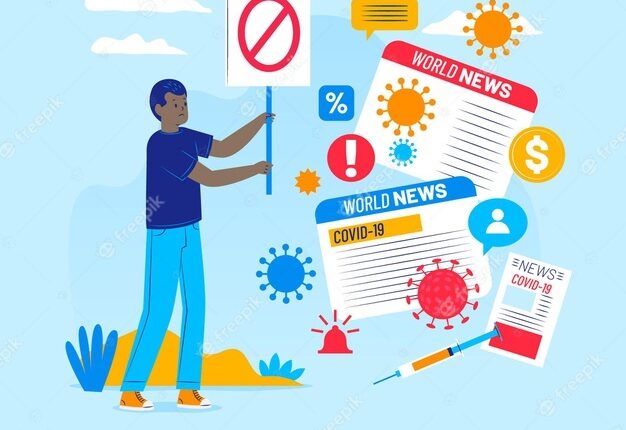 Firm Action for Hoax Spreaders during the Covid-19 Pandemic

Hoaxes during the pandemic not only threaten the safety of people’s lives, but also hinder the control of the Covid-19 pandemic . Therefore, the hoax spreader must be quickly arrested by the authorities, so that he can no longer act and disturb the public.

We have had this pandemic for a year. However, the number of Covid patients has jumped dramatically , from ‘only’ 8,000 to 36,000 people per day. There are various reasons for the increase in the number of patients. Starting from not being disciplined in obeying health protocols to having severe comorbidities, and the most pathetic are those who get corona because they are trapped by hoax news.

The ease of accessing information on the internet makes people sometimes unable to distinguish between hoaxes and genuine news. Moreover, the circulating hoaxes are often added with the sentence: super important , spread it! The sad thing is, there is one of the hoax spreaders who is currently viral and is a health worker.

The doctor was named Lois Owien. Lois became controversial because it does not believe the C orona and said that the death of the patient covid because interaks i for drug-drug and drug administration 6. Whereas as a doctor, he should have urged the public to be disciplined in implementing health protocols, but instead spread hoaxes at will.

Lois’ statement spontaneously went viral and it was feared that people would believe her and just take off the mask. After being traced, it turned out that Lois was not registered with IDI and his STR (registration certificate) as a doctor had expired 5 years ago. He is also an aesthetic doctor (at a beauty clinic ), not a doctor who helps patients in the ER. So his statement about corona is wrong.

Therefore, Tirta’s doctor refuses to call Lois a ‘doctor’, because her STR is dead. He was furious because he had campaigned against the corona virus but was overthrown by a hoax spreader. Doctor Tirta is also a witness in Lois’ case.

Lois has indeed been sued and arrested by the Polda Metro Jaya. The Head of the Public Relations Division of the National Police Public Relations Division, Kombes Ahmad Ramadhan, stated that Lois was still under investigation. He violated Article 4 of the 1984 Law on infectious disease outbreaks. In addition, he also violated the ITE Law and was sentenced to 10 years in prison.

The threat of punishment is no joke because Lois’ statement is very dangerous. If there are those who believe, they can increase the number of corona cases in Indonesia, because they do not believe in the existence of the Covid-19 virus. Then many take off their masks and are free to travel so that patient deaths also increase.

The police’s firm action in arresting Lois is also a threat to those who like to spread corona hoaxes and their vaccinations. Don’t let people claim that the COVID-19 virus is the result of a conspiracy or other hoaxes that are clearly misleading. The reason is because fake news like this easily goes viral and makes people don’t believe the pandemic is still ongoing.

We are already very tired of facing the covid pandemic but don’t just give up. Besides having to apply health protocols, don’t let anyone spread hoaxes and make many people believe them. Filter before sharing and now it’s easy to check for hoaxes by clicking on the site on the internet.

Hoax spreaders like Lois deserve heavy punishment because their statements are dangerous and mislead the public. We are also obligated for anti-hoax campaigns, so that no one believes there are fake news, including those spread by health workers like Lois.