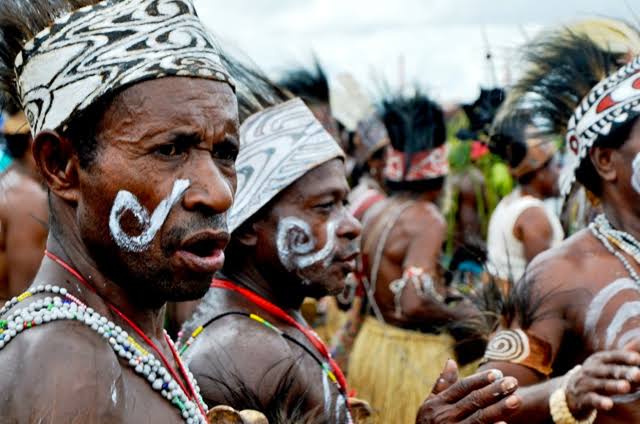 Special autonomy in Papua, which will be extended in 2021, received a very good reception from the indigenous Papuan people. Several community leaders representing the original residents of Bumi Cendrawasih, expressed their support if this program was to be continued, for the next 20 years. Because it has been seen that the progress of Papua is complete in terms of infrastructure.

According to Karlos Huby, Chair of the Papuan Indigenous Peoples, they are united in supporting the existence of special autonomy in Papua. But with a few conditions. First, the central government must carry out strict supervision so that there is no misappropriation of funds. Meanwhile, the second, the special autonomy funds must be right on target and given to the lower classes.

Huby continued, the central government is also obliged to conduct an evaluation on special autonomy volume 1. What has happened in Papua during the past 20 years? So far, the budget given has really alleviated poverty? In that sense, don’t let infrastructure look like Sentani International Airport but the people don’t eat enough.

Yanto Eluay, a leader of the Tabi indigenous people, stated that the people in Sarireri and Tabi are quite supportive of special autonomy in Papua. But he is in line with Karlos Huby. There is a need for further review from the center. In order to know whether the trillions of funds that were given were not corrupted and had to get people out of poverty.

The problems in Papua are quite complex. Therefore, special autonomy is not only given to build buildings. However, there is also a budget for health, education, and others. So that progress in Papua can be seen in terms of human resources too. They became smart and healthy thanks to the assistance of special autonomy funds from the central government.

The support from the indigenous people is very helpful for the government. Because the traditional leaders urge their citizens to support special autonomy and its extension. They are aware that special autonomy funds are urgently needed to advance Papua. From an economic perspective, natural resources, human resources, to education.

Input from traditional leaders must also be heard, because after 20 years of special autonomy, there must be an assessment. Is the percentage of each requirement correct? If there has been a lot of infrastructure development in an area, it could be diverted to other fields. For example health or education. Because these 2 things are really needed by indigenous Papuans.

Special autonomy allows Papua to have a Governor and high ranking officials from the indigenous people. They are expected to be able to keep the mandate and not abandon the special autonomy funds. If there is corruption, it is the same as eating your own brother. Because funds for regional development have been misused.

Therefore, an evaluation of special autonomy is mandatory. If there are rogue officials, they must be dismissed immediately. The use of special autonomy funds must also be precise. If necessary, disclose the books to the public, so that they believe that the money is channeled to the right party.