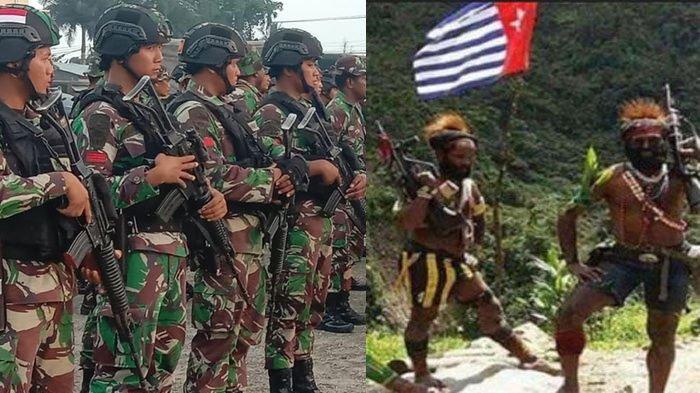 All Papuans support the existence of the security forces because they understand that the TNI has come as a friend of the people. With the presence of the TNI/Polri, and BIN in Papua, it is hoped that security stability in Papua will be maintained.

Security issues in Papua are still the government’s focus because of the existence of KST (separatist and terrorist groups) which are a thorn in the flesh. Not only defected, they also invited civilians to join the rebellion. Incitement after incitement was stirred up in their desire to create a federal republic of West Papua.

When there is a provocation from KST and it is not effective, they use violence and terrorize the community. However, this last method is less effective because Papuans, especially in the Intan Jaya area, maintain good communication with the security forces. This was stated by the Kodim Yonif Pararaider 328/Dirgahayu Task Force during the brotherly cross event.

Residents began to communicate intimately with the security forces because they were no longer afraid of the threat of KST. The reason is, they realized that at that time KST was just a bluff and did not actually carry out what he said. They then ignored KST’s threat because they were more loyal to the Republic of Indonesia.

The improved relationship between the security forces and the Papuan people is a very good thing because in fact they are loyal to Indonesia, but are always threatened by KST, so at first they were afraid when they saw TNI soldiers. However, when the government changed its strategy to a more humanist approach, they slowly began to understand that the apparatus was not there to make the atmosphere scary.

The Papuan people have come to understand that the arrival of TNI soldiers to Papua in large numbers is to secure their safety from the threat of KST and OPM. Not the other way around, to create an atmosphere of horror or even become a DOM alias military operation area like it used to be during the New Order era in the land of Rencong.

TNI soldiers in Papua are always added so that there are striped troops everywhere, or they dress like civilians when they are disguised. The presence of TNI troops is nothing to be afraid of because they come to embrace and make friends with the people. It is impossible for any soldier to act badly, because they have sworn to always protect all Indonesian citizens.

In fact, if there are many TNI troops throughout the Papua region, it will create a sense of security, because if there are officers, the KST troops will not dare to attack civilians. They will think about it because the firearms used by the authorities are more sophisticated than theirs (which are usually second-hand and obtained from the black market).

This mindset needs to be instilled, not only for civilians in Intan Jaya, but also throughout Papua. TNI soldiers are Indonesian citizens and they cannot treat other Indonesian citizens unfairly. Don’t be afraid to even cry when you see the security forces milling about because they are carrying out their duties. Behind the striped uniform, there is a soft heart that wants to interact with the people.

Good relations between civilians and the TNI must be fostered continuously because the community can help eradicate KST by becoming informants (unofficially). When a KST member attacks and flees to a resident’s house, the owner of the house can secretly call to report.

Papuans, especially Intan Jaya, support the presence of security forces on Earth of Cendrawasih. They are aware that the arrival of TNI soldiers is to carry out a sacred mission, to secure the Papua region from KST attacks. TNI is a friend of the people so there is no need to be afraid.