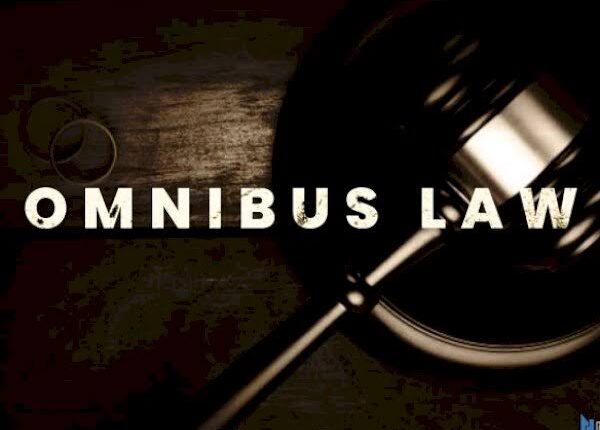 The Omnibus law of the Job Creation Law is so powerful that it is predicted that it will change the employment, economy and investment sectors. The entry of investors is a new hope because they inject capital. So that industries in special economic zones can be more developed.

Indonesia is known as a country that has a lot of natural potential. A KEK (special economic zone) was created as an area that processes natural resources, and received special facilities. So it is hoped that this region will become an economic driver and encourage the rate of financial growth in Indonesia. There are already 15 special economic zones in our country.

However, the existence of the corona storm made the Indonesian economy almost collapse. Purchasing power has decreased drastically so that many factories have collapsed. This situation is also happening out there, because there is a global crisis due to the covid attack. The government is trying hard to raise Indonesia’s finances again and improve special economic zones with the Job Creation Law.

Secretary of the Coordinating Minister for the Economy Suswijono Moegiarso stated that the Job Creation Law made it easier for investors to obtain permits and non-permits. In special economic zones, the administration can carry out independent customs services and does not require a business license in the industrial sector.

The Job Creation Law is also very friendly to industries in special economic zones, because this law makes it easier for investment to enter Indonesia. Investors will be interested because there is convenience in terms of licensing. In the Job Creation Law, there is a simplification of licensing clusters, which can be managed online and only get a maximum of 7 working days.

If investors enter industries in special economic zones, they can bounce back after being knocked out by the corona storm. For example in the Sorong area. There is a forest and plantation product processing industry there. Investors can create large-scale industries by processing forest products in Papua, with modern tools.

For example, they will cooperate with local businessmen in Bumi Cendrawasih to process sweet potatoes so they can have high selling power. Sweet potatoes are not just sold, but processed into flour. So that it is durable and more expensive. Even if packed in aluminum wrap and vacuumed, it will have a longer shelf life, so it can be exported.

Meanwhile, in the special economic zone in Palu, Central Sulawesi, there is a seaweed processing industry. If there are investors who are interested, of course, they will process seaweed instead of simply selling it as a complement to seaweed ice. However, it is processed into dried seaweed sheets (nori) or seaweed snacks, and exported to Japan. Because the people there really like it.

With the entry of investors into special economic zones, it is predicted that it will bring progress to small industries there. So that they can develop their business even bigger. From a small scale business to a national scale, even to an international scale. Because investors are also experienced in international trading.

The Job Creation Law must be supported because it makes industries in special economic zones better. If this law is implemented, many investors will enter, and inject funds, so that the industry will develop further. It could even become a global scale industry. If the industry gets bigger, it will reduce unemployment, because they need a lot of new employees.

)* The author is a citizen, lives in Depok